LPs
By
Gregory Roth
-
August 21 2013
Mill Road Capital, a firm that takes small positions in public companies with an eye toward taking some of them private, has so far raised $272 million for its sophomore fund, Mill Road Capital II LP. That is more than half the fund’s $525 million fundraising target, according to a recent regulatory filing.

LPs
By
Gregory Roth
-
August 20 2013
The Illinois Teachers’ Retirement System, which oversees $39 billion in assets, has committed a combined $420 million to three firms, including Apollo Global Management, New Mountain Capital and ICV Partners, according to Dave Urbanek, a pension spokesman.

LPs
By
Gregory Roth
-
August 8 2013
As part of Preqin’s annual effort to assess the performance of the private equity fund universe, the private equity data provider has produced a “league table” showcasing the firms whose funds consistently outperform their peers. Historically, private equity has demonstrated a stronger correlation between past performance and future results than almost any other asset class, one of the main reasons that competition is so fierce among investors to commit money to managers with consistently strong fund performance.

Ruling Against Sun Capital Could Have Wider Impact

LPs
By
Gregory Roth
-
August 7 2013
In a court case that could add a new risk factor to some deals, the First Circuit Court of Appeals last month ruled in favor of the New England Teamsters and Trucking Industry Pension Fund, which argued that two investment funds managed by Sun Capital Partners were liable for $4.5 million in pension liabilities for Scott Brass Inc, a Sun Capital portfolio company that went bankrupt in 2008.

LPs
By
Gregory Roth
-
June 7 2013
ACON Investments, which specializes in Latin American buyouts and companies that aim to capitalize on the growing U.S. Hispanic marketplace, reached a final close on its third flagship fund, ACON Equity Partners III LP, raising $751 million, according to the firm. The new fund, which has been in the market since the fall of 2011, exceeded its original $600 million target. 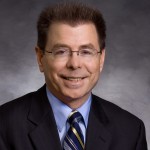 LPs
By
Gregory Roth
-
June 6 2013
1. The Nebraska Investment Council manages $19 billion in assets, including roughly $400 million in private equity. What do you aim to achieve with your private equity portfolio? We’re looking for a return that is 300 basis points above the public equity markets. Like lots of investors, we really focus on trying to get returns […]

LPs
By
Gregory Roth
-
June 3 2013
With a $250 million follow-up commitment from the Oregon Investment Council, Kohlberg Kravis Roberts & Co’s latest flagship fund is within reach of its $8 billion target, a fundraising goal the firm started pursuing nearly two and a half years ago.
123...24Page 2 of 24