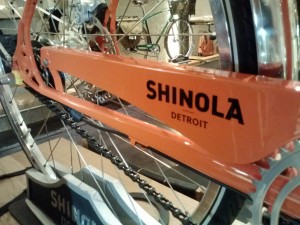 Firm being approached by deal-makers

Focus includes made in USA products

Bedrock officials did not discuss the firm’s assets under management, but reports have put the figure at about $300 million.

The firm is looking at the possibility of “outside investment to fund the growth” of its portfolio companies, said Bedrock Manufacturing CEO Heath Carr. The firm has yet to make a significant exit on any of its portfolio firm investments.

Dallas-based Bedrock Manufacturing has no immediate need to raise a fund, but “there is an opportunity to do that,” he said. A fund could help the firm’s portfolio companies “grow and be what they can be” in the long-term, he said.

Focusing on consumer-facing companies with an element of fun, Bedrock Manufacturing takes its name from the fictional pop culture town of Bedrock, the home of Fred Flintstone and Barney Rubble. Tom Kartsotis founded Bedrock after co-launching Fossil, a publicly-traded company headed up by his brother, Kosta Kartsotis. Tom Kartsotis declined to comment for this article.

“We think we’re a little different than your typical private equity firm,” said Carr, who worked at Fossil for more than 20 years before joining Bedrock Manufacturing in 2011. “It’s not just an acquisition, it’s not just about funding growth. We want to get involved. This is what we do: help run a company. We need a majority investment to accomplish that.  We’re learned along the way we’re horrible back seat drivers.”

And now its time behind the wheel is starting to pay off. Reel FX, Bedrock Manufacturing’s animation studio and first major investment, now employs 350 people. The studio’s first feature film, Free Birds starring Woody Harrelson and Owen Wilson, will be released in movie theaters on November 1.

Tapping into a trend by consumers to invest locally in home-grown businesses, one common Bedrock Manufacturing investment theme is domestic production.

“We think ‘made in the USA’ is important and resonates with the customer, and we’ll look at future acquisitions for products made in the USA — but they don’t have to be,” Carr said.

Shinola, which now employs 120 workers, has begun assembling watches in Detroit with guidance from Ronda, a Swiss watch-maker and co-owner of the consumer company, supplying the parts. The Shinola brand also adorns a line of high-end bicycles selling for $2,000 and up. Boosted by glossy magazine ads and several alliances with retailers, Shinola watches will be sold in about 200 stores this holiday season. Shinola was a defunct brand of shoe polish.

Clothing brand Filson, Bedrock’s third major portfolio firm through a 2012 purchase for an undisclosed sum from Brentwood Associates, now counts 250 employees.  In June, it opened a new factory, showroom and headquarters in a converted warehouse in Seattle.  About 70 percent of Filson sales are manufactured in the city, the company said.

Looking ahead, Heath said Bedrock Manufacturing may work with limited partners or other private equity firms for funding and deals, but it’s not in any hurry to do so.

“As each brand becomes more successful and known, people call and ask what it would take to be part of that” Carr said. “We do get a lot of interest and a lot of offers. It’s exciting for us.  We don’t want to not entertain any offer. We’re being intelligent and taking our time.”