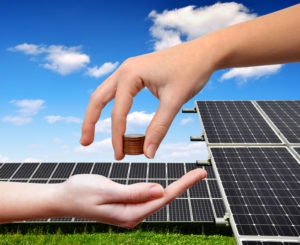 The Senate passed a $1 trillion infrastructure bill on Tuesday, which allocates funding to various climate change projects. With the legislation now headed to the House for approval, sustainability- and infrastructure-focused investors, albeit supportive, say it is inconsequential to their playbooks.

“It’s not necessarily something we are banking on or in any way holding our breath for,” Todd Bright, partner and head of private infrastructure Americas at Partners Group, told PEHub.

In about seven years, the firm has made roughly 20 decarbonization and energy transition related investments – sectors that will see federal dollars if the bill passes.

But for Bright, the bill simply adds to the tailwinds that were already there. “This will help accelerate development of the industry; we are fully supportive of it.”

Beyond funding the carbon capture infrastructure, which essentially dumps carbon underground after capturing it at the source, the legislation assigns investment to public transportation like Amtrak, and grants more power to the Department of Energy.

Though for Bright, the non-monetary parts of the bill are far more interesting. “The streamlining of regulatory approvals of projects in my mind is more positive than some of the spending,” he said.

For North Sky Capital, the $7.5 billion funding for electric vehicle charging infrastructure is a big one. The firm has been investing in clean energy for about 15 years through its secondaries portfolio and by making direct investments in projects.

Even though this increases the opportunity set for North Sky, Bernstein doesn’t expect the bill to change the firm’s investment strategies – it just grows the market for renewable energy, he said.

“We will take input from the policy environment but won’t depend on this for our investment strategy,” Jacobs said. For Generate Capital, the deal flow depends on the local communities and the customers and not the bill.

“We are active in the community solar market and in the bio-digestion market – taking food and animal waste and turning it into energy.” Generate Capital, unlike traditional PE firms, raises capital by selling stakes in the firm to LPs, pension funds, etc.

On a broader level, Jacobs thinks the bill in one way is wonderful, as far as it goes: “It ensures we don’t further ruin the climate, but it doesn’t recognize that we need to expedite climate solutions.”

While the infrastructure bill omits key climate change measures, the climate and health plan detailed this Monday gives Democrats another chance. The $3.5 trillion draft legislation consists of investments in climate change research but also expands into Medicare coverage, affordable housing, education among other issues – leaving climate PE investors little to be excited about.

“It’s got a lot of other initiatives beyond climate,” Bright said.