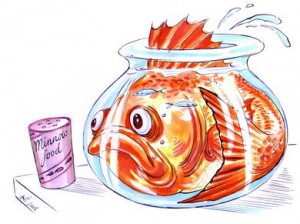 In these tough times, all that money raised by the big fish in the private equity pond can look more like a burden than a blessing. According to data house Private Equity Intelligence, private equity firms raised US$163.5bn globally in the first three months of this year alone, only during Q2 of 2007 was more money raised in one quarter. The total for the year for 2007 was US$500bn.

With so much money raised and nowhere to put it, firms are having to diversify, and one area many are said to be considering going downstream into the world of the mid-market, or even further. Hotbed, the UK investor network, said that is has been approached by a number of larger private equity houses interested in exploiting the smaller end of the market.

Hotbed is the brainchild of CEO Gary Robins, who founded the firm in 2002 after a 14 year spell at 3i, back when the buyouts group had a more UK regional focus than it does today. The principal behind Hotbed is investor control – the investment team at the Milton Keynes and London based outfit selects potential opportunities and then offers its clients the choice of whether they want to invest. It’s a model aimed at the sophisticated investor who understands alternative assets but lacks the time to hunt for direct investments.

Hotbed will typically provide funding of between £1m and £8m for businesses, in the form of growth capital, replacement capital or MBOs and MBIs. In the six years since its launch, Hotbed members have invested £152.8m of equity in 60 private equity and commercial property transactions with a total value of more than £500m. It made four exits last year, generating an average IRR of 29.9%.

Robins says that the business has been barely affected by the credit crunch – it had a record month in March with four deals completed totalling £16.45m. It is the success of this approach which is attracting the bigger boys – out of their comfort zone in the bigger pond, they are being forced downwards and are turning to experts in that space like Hotbed.

Another alternative is minority stakes, which is discussed on page 7. Many firms are still reluctant to invest in a company they have little or no control over, but for others it has proved to be a source of impressive returns, such as Robins’ old employer 3i, which recently invested £32.5m for a minority stake in environmental consultancy SLR.

Of course, seeking out new ways of spending money involves learning new skills – as is said by one commentator in the minority stakes article, entrepreneurs are looking for partners, not owners. Such a shift in thinking will be difficult for many GPs used to having everything their own way.