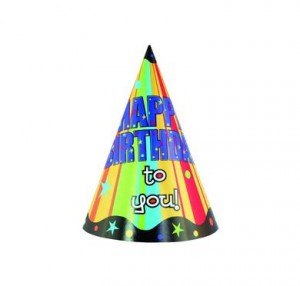 A straw poll of 200 mostly UK-based private equity players at the recent BVCA 25th anniversary celebrations revealed some very pessimistic attitudes. Philip Yea, CEO of 3i, and Marek Gumienny, managing director of Candover, are still looking for opportunities in this flaccid market. But media darling Jon Moulton of Alchemy Partners knows that sunny outlooks don’t sell newspapers and warns of the media storm that will befall private equity houses as portfolio companies that are overleveraged and overvalued begin to take write-downs.

Philip Yea was quick to point out that the global economy isn’t down, just the economies of Western Europe and the US. He says: “I have been to Asia three times in the first quarter of 2008 – twice to China and once to India. We all thought briefly that Asia might get wrapped up in this crisis but that didn’t happen. Asia’s economists are aware of what’s going on in the world and are making adjustments to help the economies there in a realistic way so they are in good shape. There is lots of money flowing in [to Asia] from the Gulf creating lots of opportunity.”

Walker’s second poll posed the following question: “How many deals by private equity firms over £1bn will take place in the UK over the next twelve months?”

A whopping 70% of the audience thought between one and five deals would be done at this level, 17% guessed six to 10 and 10% opted for none. Candover’s Gumienny explains that banks are willing to lend for buyouts in growth areas, but they are very specific about certain areas of the industry for mega buyouts. The game has changed, he said, it is a relationship market now. Banks are specific about which houses they are going to work with. Today you can do deals if you have relationships, he added, but at the same time vendors are still demanding about their prices.

Moulton agreed. He says: “At the moment it is difficult to get a willing seller. A seller would need to have to sell yet there isn’t yet a fear and a liquidity pressure to force sells. But looking a few months forward, sadly the overleveraging in our industry will force private equity houses to have to sell units or whatever. There will also be failures of highly leveraged companies in these weaker economic times.”

The new Walker requirements on transparency won’t make these tough times any easier on private equity players. Gumienny spoke about that fact that Candover has been a quoted company since 1984 and has always published its valuations, but that until four years ago, no-one seemed to care. Back then the firm wrote-down its investment in Ontex, a Belgian hygiene product manufacturer, by 65%. The business has around US$1bn in sales and employed 1,000 people across Europe. The write-down attracted a lot of media attention, even television crews, and the whole performance was pretty public. Gumienny says: “That was four years ago. There is nowhere to hide today and you don’t even know who you’re dealing with in the media. The wires are on the button on a daily basis.” He warns: “The boom is not there any more. Public write-downs are going to happen very quickly. The press can’t be ignored they will call and ask if you are going to put more money in.”

Yea aggress, arguing that the industry knows from experience that not every deal works, but now this is going to be a

big publicity issue. Moulton thinks that multi-asset managers with very large funds may find themselves worrying more about their reputations than what is good for investors.

Simon Walker, ever the lobbyist, threw in a political question at the end to round the polling off. “Who do you trust most to run the UK economy: Labour, the Conservatives, the Liberal Democrats or none of the above?” Unsurprisingly 42% of the private equity audience chose the Conservative Party. But in a close second with 39% of the votes was none of the above.

With over a third of them trusting no-one to run the economy, private managers are facing up to the fact that the downturn is here to stay, and with it a host of failures and even more media attention.