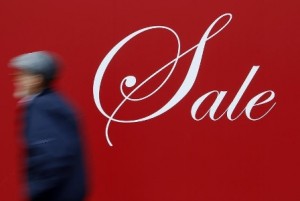 That’s after officially launching the fund late last year with a $16 billion target and without a cap. The firm had been talking to potential LPs about the fund since as early as last fall, sources said.

At this kind of pace, who knows how much Blackstone could potentially rake in for Fund VII. One LP who has heard the fundraising pitch said it would not be surprising if the firm tries to raise $18 billion or more.

Blackstone helped stoke the flames of the early fundraising by offering a six-month management fee holiday for early investors, the two sources said. This means LPs who committed prior to the first close will not pay management fees for six months, starting on the official first close date, one source said.

The fee holiday will help smooth out the J-curve for those LPs that qualify, the source said. The J-curve is the expected period of loss in the early years of a private equity fund, followed (hopefully) by gains as investments mature and are exited.

Blackstone will share 100 percent of any deal or monitoring fees with LPs in Fund VII, firm President Tony James said during a media call earlier this year. This is the first time Blackstone has moved to a 100 percent deal fee offset in its private equity funds, though it has gradually been sharing greater portions of deal fees with LPs. The firm shared 65 percent of monitoring and deal fees with LPs in Fund VI, which was just over $16 billion, according to documents from the New Jersey Division of Investment, an LP in the fund.

Blackstone’s Fund VI generated a 19.9 percent IRR and a 1.3x multiple as of June 30, 2014, according to performance information from the California Public Employees’ Retirement System.

Along with its flagship private equity fund, Blackstone is in the market with several other investment vehicles across various strategies.

The firm plans a $10 billion first close in March for its eighth real estate fund, according to documents from the San Francisco Employees’ Retirement System, which committed up to $150 million to the fund.

Blackstone this week announced the final close of Blackstone Energy Partners II on $4.5 billion. The firm also is out targeting $7 billion to $8 billion for its second Tactical Opportunities fund.

Peter Rose, a spokesman for Blackstone, declined to comment.