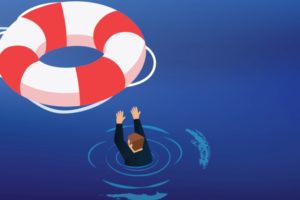 The traditional M&A engine will take several months to rev back up for private equity investors, with the first wave of new dealflow likely centered around investing into challenged and distressed opportunities, according to bankers and lenders.

“The prospects of the new deal landscape in two to three months, I think, is grim,” David Brackett, CEO of Antares Capital told PE Hub. “I think, realistically, new deals you’re talking at least six months out. It’s going to be October before you get a sense of the overall impact of the pandemic on the economy and middle-market companies.”

Financial advisors to PE firms and their portfolio companies agree. Valuing companies will prove tough even when the dust settles; it will take time to grasp full appreciation of the complete covid-19 impact – or post-acute shock performance – of portfolio companies.

“Private equity firms are sitting on over $2 trillion of dry powder and they are ready to invest at depressed valuations,” said Bill Sanders, global head of financial sponsors at Morgan Stanley. “However, there are three reasons why sponsors have been less active on the new investment front over the past month. First, the LPs in these funds may be less eager to have their capital drawn right now, given they are rebalancing their own portfolios between equity and debt. Secondly, volatility and depressed valuations in the secondary debt markets have resulted in limited primary LBO financing commitments. Lastly, potential sellers may not want to exit at depressed valuations. As a result, the immediate M&A pipeline is light. Once volatility and prices stabilize, M&A activity will pick up.”

Considering the likelihood of extending quarantine periods and the potential for some version of a resurgence of coronavirus cases this fall, that “starts to question the likelihood we’re going to get a quick snap-back here,” added Richard Harding, a managing director at Moelis.

From a new investment standpoint, PE firms may not be racing to snap up new platform companies anytime soon.

But after addressing internal portfolio needs, many will focus on the ability to make outsized returns, taking advantage of market dislocation and prioritizing assets that need liquidity – be it through rescue capital, debt investments or PIPE deals.

“This pandemic has impacted every type of company across virtually every sub-sector in some way, shape or form. And as a result of that, I think private equity is pretty uniquely positioned to be a provider of capital,” Harding said.

A recession unlike any before, what began as a health crisis has quickly evolved into an economic crisis, with an impact on companies that is ubiquitous and non-discriminating.

In Harding’s view, the first wave of opportunities likely to materialize are investments into challenged companies and situations where fundamentally good businesses have been forced to close and require capital given the operating environment.

“The reality is: the first thing that’s going to happen is not going to be a sponsor paying 15x for another company,” said a senior M&A banker at a bulge-bracket firm, requesting anonymity. “The first deals will be opportunistic deals that have to happen.”

Companies that were sick before the crisis are now really sick, and they may not be salvageable, according to Antares’ Brackett.

“You’re going to see a meaningful amount of rescue financing from sponsors that have experience investing in cycles and going into distressed situations,” Brackett says. “They’re going to have a great opportunity.”

In Sanders’ experience, 100 percent of firms right now are saying, “I want to be solution-oriented” or “I want to give you rescue capital.” But, he cautioned, “who’s actually going to do that? It’s too early to know.”

If you look back at how many PIPEs or rescue deals got done after the global financial crisis, for instance, not nearly as many as were talked about, he said. That’s partly because rescue capital doesn’t come cheap, Sanders explained. “If you’re really desperate for it someone’s going to charge you a lot for it.”

Others in the time since have taken notice and adapted.

“It’s very clear to people that the firms that went heavy in 2009 were extremely successful,” the banker said. “The Apollos, the Leonard Greens, made so much money. Every single GP is trying to figure out how to make money through this. You have an opportunity to make such outsized returns that you’d be crazy not to.”

“Over the last 10 years, private equity and private debt has continued to be a competitive space as more capital has come in,” which, he said, “caused everybody to raise their game.”

Many firms are now structured with operating partners and have access to other resources, positioning them to parachute into situations and quickly respond to crises at a much more informed and active level, he said.

Not every private equity firm has the expertise, capability and fund structure to go buy debt, but Sanders said several firms will use this period of volatility and depressed valuations to deploy capital by purchasing debt. In addition to buying the debt of their own portfolio companies, sponsors may analyze other companies that they pursued in the last year or two in an M&A process and lost to another bidder – they may now consider buying the debt of those companies as well.

The complexity of valuing companies in a post-corona environment is going to deter new platform activity on the private equity front, experts agree.

“Let’s assume markets go up on escalators and they come down on elevators,” Sanders said. “It’s hard to imagine valuations aren’t down. They are absolutely going to be down.”

Theoretically, people will want to buy with valuations down, but it’s not that simple, Sanders said: “It was only a month ago that you were at all-time highs, so [as a seller] it’s hard to get that out of your head – that your company was worth X and now it’s worth Y, and you’re going to sell it somewhere in between.”

If you’re buying a platform company, one key question PE firms and lenders always ask is: “What’s the EBITDA I’m buying? And I think it’s going to be uncertain,” Antares’ Brackett said.

When the economy was strong, PE firms and lenders were under pressure to buy a company off the last quarter annualized, Brackett said. “Now, as a lender, I’m focused on that last quarter annualized as well, and when you begin with Q2 it’s going to be a much different number. That creates a meaningful bid-ask spread between what’s financeable EBITDA,” he said. “There will also be a covid add-back. Do I buy into that or not?”

Reconciling those two views will take time, which is why deal volume will go down significantly, Brackett said.

On the other hand, some intermediaries believe the world will have a short-term memory. “As a sell-side banker in this environment, I would like normalization [and] an environment where people are more rational,” one banker said. But, “this is the type of situation, where, initially valuations are down, but in a few months, I still think we’re back to normal.”

Others say, what’s the rush? If you look back, the best time to invest on the backend of the GFC was anything done from 2010 to 2012, Sanders said. “I don’t know if you have to run out and deploy today even if [multiples] are creeping up. I expect there should still be good value opportunities over the next few years.”

If you’re looking at the health of companies coming out of the crisis, it’s not just the sector, it’s the geography that’s part of the equation, according to Moelis’ Harding.

“We’re in a unique moment of time,” Harding said. “If you own a business that’s in a category that doesn’t happen to be in an area that’s been severely impacted, then that automatically puts you in a position of strength relative to the competitive universe.”

For example, if you consider businesses in the same category in the same sub-sector operating across the New York, New Jersey, Connecticut tri-state area versus Dallas or Arizona, that business in the Northeast is going to have a much more severe experience, Harding said. “It gives you an opportunity to leverage that on the other side of this.”

One way to leverage that will be consolidation. If you’ve got an existing platform company that you know well and you’ve fixed the balance sheet, “now you can go on the offense,” Brackett said. “That’s a really powerful combination.”

These PE-backed platforms will be able to take advantage of those that aren’t as healthy and opportunistically make acquisitions, driving tremendous synergies, he said. Similar to the last cycle, add-ons can be done on an accretive basis, Brackett said. The add-backs that were so prevalent leading up to this time are going to be discounted and not as much of a factor, he said.

Although certain industries may hold up or come roaring back better than others through the crisis, everyone can’t just pile into “safety sectors” like fintech and healthcare, Sanders added.

“I’m not looking for falling angels in just tech,” he said. “Investors should look at industrials and consumer, which may be more interesting because the gap between the perceived winners and losers will be so wide,” said Sanders. “For some of these distressed names where the discounts are big, if you can take a strong view on the resilience of the business model, there could be more upside risk/reward to go into versus areas that have held up.”

It’s not only the nature of dealmaking and ways in which advisors and investors do business – having adjusted to an everything-remote environment – that could change on the backend of the public health crisis.

The magnitude of the things that are currently being discussed at a portfolio level is resonating, Harding said: “Covid and a full shutdown and a full quarantine? That’s never been something that someone has modeled or expected.”

All private equity portfolio companies are going through an exercise to evaluate the prioritization of payments and costs that were once thought to be fixed, Harding said. “I think they’re being looked at in a whole new light.”

Conversations are taking place around literally every item on the P&L, Harding said, including rent, interest, principal repayment, employee salaries and benefits.

Things like rent or salary are not long-term considerations, but people are running their businesses with a little less infrastructure and a little less productivity than they expected, and in some cases, they are running fine, Harding said.

“In some cases, I think that could cause people to take a harder look at the cost structure going forward and take a hard look at whether or not they need as many resources in certain areas as they once thought.”