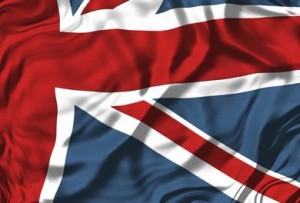 Deal flow has also dropped off significantly, with around 450 being completed up till the end of September compared to 650 in 2005. Unless there is a dramatic up-turn in deals completed before the end of the year, this will be the third successive time deal flow has declined from the previous year.

Tom Lamb, co-head of Barclays Private Equity, said: “The year-on-year decline can be attributed to two main factors – there has been a significant decline in both public-to-privates and healthcare buyouts. The P2P market has collapsed from £7bn (€10.5bn) for the whole of 2005 to only £2bn (€3bn) for the year-to-date. Private equity bids are either being rejected out of hand (eg ITV, HMV) or being trumped and/or even pre-empted by aggressive trade buyers, mainly overseas (eg 02, BAA). Overseas trade buyers now account for 66% of UK M&A activity, compared with only 21% in 2003.”

Twenty of all buyouts deals completed in 2005 in the UK were public to privates; so far this year it is just 15, although in regards to percentage of all deals done, P2Ps this year make up 3% of the total compared to the 2.9% of the previous year.

The return of the foreign trade buyer to UK shores has also been accompanied by what CMBOR refers to as the private equity “copycats”. For the first half of this year such vehicles, which include hedge funds, accounted for 33% of deals over €150m. Deal highlights include Dubai International Capital’s purchase of engineering group Doncasters for €1bn and hedge fund Och-Ziff’s acquisition of discount clothing retailer Peacocks.

Mark Pacitti, corporate finance partner at Deloitte, added “Private equity investors have had enormous success in recent years, resulting in copycat investors entering the buy-out market. Investors such as hedge funds, high profile entrepreneurs and overseas agencies are often more innovative, have greater flexibility and a lower cost of capital. The success of the private equity model has been noticed across the financial markets, even UK quoted companies are taking inspiration from private equity by designing high remuneration schemes to retain top managers.”