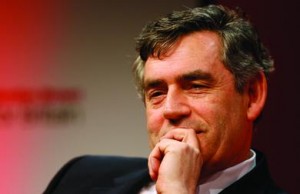 Gordon Brown is now of the UK. After years of waiting to settle into Number 10, the Iron Chancellor has finally gotten in, and just when private equity in the UK is suffering from the most intense political and regulatory scrutiny it has ever witnessed.

The mauling of the at the hands of the Treasury Select Committee looking into the industry and the subsequent resignation of BVCA chief executive Peter Linthwaite has dominated not just the business and finance pages of the press, but even the front pages. The aggressive nature of the select committee’s questioning of Linthwaite, BVCA chairman Wol Kolade, and BVCA vice-chairman Jeremy Hand seemed to take many by surprise, prompting GPs across Europe to speculate just what effect Gordon Brown’s accession to the top office would have on private equity.

Comments made by Brown to trade unions that his administration will seek “justice and equality in all the tax treatment” would seem to imply a tougher stance, unless the comments were just a sop to the Labour Party’s traditional supporters. In the past Brown has done plenty to encourage entrepreneurship, from tax incentives to setting up Enterprise Capital Funds to stimulate investment in small to medium sized companies. His right-hand man Ed Balls, economic secretary to the Treasury, made comments in March that were largely supportive of private equity and were generally well received. Tony Blair has also made comforting noises – in a June Prime Minister’s Question time with Liberal Democrat leader Sir Menzies Campbell. Nodding to the infamous comments made by head Nick Ferguson, Sir Menzies asked whether Blair thought it correct that private equity executives pay less than their cleaners? Blair replied: “It is precisely because of the concerns over whether people are paying an appropriate level of tax that a review has been set up that will report around the time of the pre-Budget report later this year. However, it is important to distinguish between that question, which it is perfectly legitimate to raise, and condemning all the work that private equity companies do, because that would not be right at all. But yes, of course people have concerns about this issue, which is exactly why we said that we will look into it in a sensible and serious way and reflect on what we can do.” He went on to say that the matter of private equity tax treatment will be dealt with in the pre-Budget report, due in December.

Brown’s tenure as chancellor has seen an increase in both individual and corporation tax. In 2003 he caught everyone by surprise when a new regime for taxing shares and securities acquired in connection with employment were introduced in 2003, and in 2005 his department tightened the rules of tax deductibility of interest on shareholder debt. He also restricted the ability of pension funds to invest when, in 1997, he removed the tax credit attached to dividends they received from UK companies. More recently he made VCTs a less attractive investment proposition by reducing tax relief to 30% and limiting the size of companies that are eligible to raise money from such investment entities – no more than £15m pre-investment and £16m after and with no more than 50 employees.

Both the Labour Party and the Conservatives want to be seen as people that business can trust, so it is unlikely anything extraordinary will happen in the coming years, but changes of some sort are expected. David Silver, managing director of financial consultants Baird, says: “He has increased the tax burden as Chancellor and there is no reason to see that changing. The recent negative press related to tax incentives etc has been building momentum and there seems to be an implication that the Government will react.” Silver remains confident however that deal flow will not be affected, foreseeing a “natural rebalancing” following any changes to the treatment of carried interest, which will involve the tweaking of fund structures.

Simon Witney, a private equity partner at , says: “Whatever Mr Brown’s successor has in mind for future tax reforms, and whether any of these reforms will increase pressure on the private equity industry, remains to be seen. It matters who succeeds Mr Brown – perhaps now more than ever before – because there are likely to be important developments in the coming months. But with the former Chancellor now moving to Number 10, it is inconceivable that he will not continue to exert influence over the tax agenda.”

A proven fan of stimulating SMEs, Brown will likely continue to pursue this course, but UK private equity houses remain on red alert. One private equity advisor referred to contemporary tax planning as a “pain in the arse” – and the situation is unlikely to improve. The problems have even been recognised by the , which has relegated the UK to the third most attractive place for private equity in Europe, toppled off its usual top spot by Ireland, with France, surprisingly, in second place.

The industry in the UK is already besieged by problems and any moves against it by the Government could seriously dent deal flow in the medium term. ’s latest stats, released in April and covered in detail in EVCJ’s May issue, revealed an opening quarter with the lowest number of deals completed for three years. Reacting to the findings, Tom Lamb, co-head of , called the results “astonishing” in light of the big name public-to-privates that have been hitting the headlines, barely any of which have come to fruition. Adrian Balcombe, corporate finance partner at Deloitte, expresses similar surprise, noticing in particular that EBITDA multiples are declining for mid-market deals. According to CMBOR, there were no deals over £500m in the UK market in Q1, and just six public-to-privates.

The UK’s pension deficit problem is also damaging acquisition prospects, albeit only at the larger end. KKR will have to shell out £1bn to cover Alliance Boots’ deficit, and the Sainsbury deal was abandoned by CVC, Blackstone and KKR because of the £2bn needed for its pension. The UK Pensions Regulator is now recommending regulatory clearance for leveraged buyouts of companies with pensions deficits.

The UK is also Europe’s most competitive market. There are more firms in London than anywhere else in Europe, and still more are being added to the pool. , the Miami-based firm, opened an office in London in March in preparation for its €500m European fund under the stewardship of HIG founder Sami Mnaymneh. New York-headquartered opened a London office in May. Fund management giant has announced it is launching a small to mid-cap fund, headed by former founding partner of HgCapital Nick Martin. Even the Canadians are at it with , the private equity fund of funds and co-investment arm of TD Bank Financial Group, opening an office in London in November last year.

This requires firms to put in a significant amount of work in the build-up to the acquisition of an asset. , for example, is chasing businesses very aggressively, following them for some time before that make an offer. Fat Face, the clothing retailer, is a case in point. It was bought by Bridgepoint for £360m in April from Advent International following a lot of upfront work that went beyond run of the mill due diligence, examining not only the performance of the management team and their experience but also the market Fat Face was operating in and the performance of its competitors – the firm began preparations early and draw up a detailed strategy of how it wanted the firm to perform post-deal completion. “The market certainly isn’t drying up but the world certainly doesn’t get any easier,” says Paul Marson-Smith, managing partner at Gresham. “You have got to work harder to find deals in the shadows. You have to be more creative in your efforts to create value.”

It has been this way for the UK market, and indeed the Nordic market, for some years now. Financial engineering alone doesn’t cut it any more according to GPs – there has to be a “story”, as it is now popular to say amongst LBO professionals. In short this means a firm has to take a company, improve it, grow its profits and revenues etc – either organically or through acquisitions – to make healthy returns at exit. Whether this is true is a different matter. It may well be the case at the smaller end of the market, but the further up the price scale you go, the less obvious it becomes – what, for example, did CVC, Merrill Lynch and Texas Pacific Group (TPG) actually do to Debenhams in the two years between their purchase of the UK department store and its 2006 IPO? Not a lot really, they just played the markets well.

There have also been some reports that suggest a number of high profile auctions have been less successful than expected. Apax and Permira were hoping to raise around £2bn for fashion retailer New Look, but so far bids have topped out at £1.7bn. The unwillingness to pay top dollar has been put down to general uncertainty over the retail market and scepticism over whether the business can expand overseas as well as the vendors would like to believe.

Anyone who is sounding the death knell of the UK private equity market would be a fool – people have been warning of a downturn for at least the past three years – and of course, on the record, GPs are as robust as ever – while all admit prices are high, none will admit that opportunities are rarer – but off the record, there is some disquiet in light of the political and media attacks LBO funds are now subject to. There is every chance that the figures for 2007 will again record new highs for the industry, but the constant flow of negative headlines is causing concern amongst all GPs, from the top right down to the lower end. While banks continue to offer such aggressive funding packages, activity will continue to remain high, but the seeds are being sown for a future downturn: ever-climbing prices, a government taking an increasingly sceptical, if not downright antagonistic, approach, and media scrutiny that shows no signs of abating.