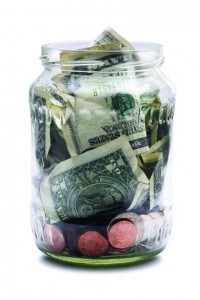 Just over three years ago the (EVPA) devised a five-year plan to build its membership to 50, but by August this year the association had grown to more than 100 members spanning 21 countries across Europe.

“It’s taken a while to build momentum but in the last three months we have averaged three new members a month,” says Doug Miller, who recently stood down as chairman of the EVPA, replaced by Serge Raicher of . Going forward, he says the association should attract about four new members a month.

“What’s important for us is that we have diversity in our membership base,” he says. The growing membership is made up of large private equity groups such , , , , , and , with participation from the hedge fund community, including ARK and the Children’s Investment Fund Foundation, as well as major foundations and universities.

The rapid growth of the EVPA’s membership has surprised many involved in social enterprises – generally termed the third sector – but bringing together venture philanthropists has helped new entrants to share in the knowledge of the more experienced. “We think the philanthropy market works too much in silos,” explains Miller.

Venture philanthropy is a medium-term approach which is often compared to early stage venture in that measurable outcomes from any one investment do not really become clear for three to four years.

One of the most established venture philanthropists, or VPs, in Europe is London-based Impetus Trust, where Miller sits on the board of trustees. Impetus invested in St Giles Trust in 2004 to help develop the organisation’s work with ex-offenders to help them find housing, training and jobs and to stop them re-offending and being sent to prison once again.

When Impetus started working with the charity, it was working in two prisons. It has now expanded its work to 21 prisons, helping more than four times the number of people. Re-offending (and conviction) rates, which stand at around 55% in the UK, have been cut to 20% for the ex-offenders St Giles Trust has worked with.

Impetus’ chief executive Daniela Barone Soares says she is encouraged by the growth of the VP sector in recent months, but she hopes that more VPs do not mean it will result in “splitting the pie”. “I hope people take a more rationale view,” she says. There is a possibility that European venture philanthropy could be become too “fragmented” if the universe of VPs grows too big, she adds.

“Investing for any time less than three years makes it very difficult to make any progress. Everything we do is to prepare the charity to be more resilient and to have no need to rely on anyone financially,” says Soares.

This is a view shared by Sophie Livingstone, deputy CEO of Private Equity Foundation, an organisation backed by many big names in private equity. “We’re working with our charities for three years. We’re thinking how they can move forward into the future beyond our funding,” she says.

Applying the concept of venture and growth capital to the third sector will enable organisations to develop and become less reliant on charitable funding. For this to happen though, there needs to be sources of finance that social investment providers can access to help social enterprises grow beyond VP investments.

Many social enterprises are unable to plan financially beyond one year because many foundations make awards on one-year funding horizons. Miller points out that no operational businesses should be planning for less than three years, and this should also apply to those in the third sector.

The EVPA and London-based Social Finance are working towards opening up the social capital markets primarily to give transparency of funding sources for those institutions that need to secure funding for three years plus. And, with a developing funding base in place this could stimulate charitable foundations and government to take the all-necessary longer-term view on funding social enterprises.

Social Finance hopes to be capitalised from the proceeds of the unclaimed assets from UK banks and building societies, which according to legislation currently being debated, could amount to as much as £330m for the financier.

But until the UK’s Commission on Unclaimed Assets decides when and how to allocate the funds – mid-2009 to early 2010 seems to be the target timing – Social Finance’s team of staff and 12-strong board will maintain a finance advisory role for those institutions financing the UK’s third sector.