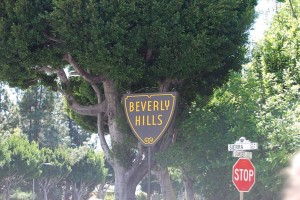 TPG recently closed a deal that shifted talent agency Creative Artists Agency out of an older fund and into a continuation pool, infusing it with fresh capital to continue making new investments.

The CAA process was one of several large-scale deals in the secondaries market run by GPs looking to extend holds over companies held in older funds. Part of the rationale is infusing the companies with fresh capital to continue growing.

TPG’s CAA deal was expected to be valued in the range of $1 billion to $1.3 billion. It was led by Goldman Sachs, with ICG and Neuberger Berman as part of the investor group. The deal slightly boosted TPG’s ownership stake in the company.

TPG first invested in CAA in 2010 through its sixth fund, and boosted its stake above a majority hold in 2014.

TPG Partners VI raised $18.87 billion against a target of $18 billion by final close in 2008, according to Buyouts data. Investors who backed the fund include the California Public Employees’ Retirement System, which committed $825 million, Canada Pension Plan Investment Board, which committed $750 million and New Jersey Division of Investment, which committed $360 million.

The fund was generating a net internal rate of return of 9.5 percent and a 1.5x multiple as of March 31, according to performance information from California Public Employees’ Retirement System.

In July 2020, affiliate title Secondaries Investor reported that CPPIB was set to back a tender offer on TPG’s second growth fund.

Secondaries volume, which came in around $60 billion last year, is expected to recover its momentum this year as markets emerge from the pandemic. GP-led deals, like single-asset processes and direct secondaries, represented about 43 percent of total volume last year, according to Campbell Lutyens’ full-year 2020 secondaries report.