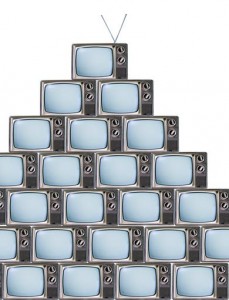 NTL, UPC France, UPC Sweden, Casema: all names to have hit the headlines in the last few months and all perfect examples of private equity’s love affair with cable operators. US firms in particular have become particularly enamoured, demonstrating a vociferous appetite for European cable businesses. The NTL deal, if it goes through, will place Britain’s biggest cable operator in the hands of US owners, with the consortium led by Providence Equity Partners and containing Blackstone, KKR and UK firm Cinven. Providence is particularly enamoured of European cable operators. Not only is it trying to get its hands on Britain’s biggest operator, it recently, alongside Carlyle, took UPC Sweden off Liberty Global’s hands, and was involved in one of the most high profile deals of the year when it sold Dutch operator Casema to Cinven and Warburg Pincus for €2.85bn.

Cinven and Warburg Pincus have been particularly big players on the scene this year. Following the purchase of Casema it acquired Essent Kabelcom, the second largest Dutch operator, for an even larger sum of €2.6bn. The two companies were then merged with Multikabel, the fourth largest cable operator in the Netherlands, which was acquired by Warburg Pincus in December 2005. Together the three will serve over 3.3 million customers and have pro forma revenue of approximately €870m for the year ending December 31, 2005.

Together, Warburg and Cinven own Altice One, a holding company that they acquired for €525m in November last year. The company already owned three cable operators – Est Vidéocommunication in Alsace, Coditel Bruxelles and Coditel Luxembourg – and now owns UPC France, which it bought from Liberty Global for €1.25bn over the summer. Altice One is demonstrative of the potential for consolidation in Continental Europe’s cable market.

The attraction for private equity is that cable operators are an infrastructure based business with strong relationships with their customers, and there is very good visibility on revenues that are both recurring and stable. Cable operators also have a fully-constructed network. This was done at great cost in the late 1990s, and is the reason so many operators throughout Europe struggled financially. Indeed, NTL is still weighed down with the legacy of that period. NTL is a potentially risky investment; its financial troubles have been well documented and although it has recovered, it still holds debt of around £6bn, and operates in an increasingly competitive market with old hands such as British Sky Broadcasting and BT taking an increasingly aggressive approach to expanding their broadband businesses alongside new faces Freeview, a UK service offering free digital television channels, and UK mobile phone retailer Carphone Warehouse offering a fixed line and broadband service. NTL’s merger with rival operator Telewest has done little to improve the situation, with the combined companies losing 18,900 customers in the second quarter of the year.

However, what gives cable companies the advantage over telecom companies (telcos) is that the infrastructure is already there for them; the telcos are having to roll out a huge and expensive capital expenditure programme in order to compete, so cable operators have the all-important first mover advantage on bringing TV, telecoms and broadband into the home and office. All of these factors add up to mean that owners of cable companies have a very predictable cash flow.

Also, with the aggressive debt market of recent times, private equity firms have been able to outbid the trade buyers, the most active of which is US group Liberty Global, which operates in Europe through the UPC brand and chellomedia. Leverage on a number of recent cable deals has been 8.5x EBITDA and above; Liberty can’t compete.

The situation in Central and Eastern Europe is slightly different to the rest of the Continent. In August Mid Europa Partners sold Czech cable operator Karneval Media to Liberty Global affiliate UPC Central Europe for €322.5m, an exit which generated a return of 7.7x its original investment. Mid-Europa’s pedigree in the sector and area includes the sale of Slovenian cable TV and broadband operator Telemach in December 2004 and the acquisition of Polish operator Aster, in March.

Craig Butcher, partner of Mid Europa, says: “Central and Eastern Europe has a very attractive and growing macro-economic environment. It is an underpenetrated market in terms of the internet and also video services, and there is very limited competition from satellite TV”. This, combined with the lack of regulation and the limited content requirements, means that there is a vast pool of untapped potential for investors in the region’s cable businesses.