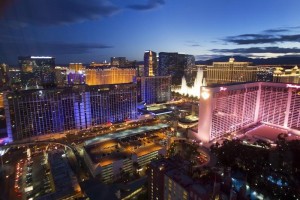 All told, proposed transactions will reduce CEOC’s debt by about $10 billion under a plan to exchange $18.4 billion of outstanding debt for $8.6 billion in new debt.

The bankruptcy and related transactions face legal challenges from creditors, while some lenders have not signed on to the restructuring plan for CEOC, according a recent press report.

Also in the works, Caesars Entertainment Corp and Caesars Acquisition Company set plans to merge in an all-stock deal announced on December 22. The merger will support the restructuring of CEOC announced three days earlier. Combining the two entities “will position the merged company to support the restructuring of CEOC without the need for any significant outside financing,” according to the company.

Meanwhile, Caesars absorbed a debt downgrade from Moody’s on December 16. The ratings agency said its probability-of-default rating on the company is now Ca-PD, which means “highly speculative and are likely in, or very near, default on some but not all of their long-term debt obligations.”

“Moody’s maintains its view that absent a restructuring that significantly lowers CEOC debt, the company’s interest burden will continue to exceed EBITDA, and as a result, most or all this cash would be needed to fund the company’s operations and scheduled debt service,” Moody’s analyst Peggy Holloway said in a note to clients.

The Caesars bankruptcy would mark the largest since Energy Future Holdings Corp, formerly known as TXU, filed for Chapter 11 protection last year. Apollo and TPG purchased Caesars in 2008 for $29 billion in one of the largest LBOs of all time.