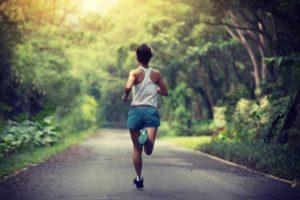 Staff, consultants and board members of California Public Employees’ Retirement System seemed to converge on the idea that the $414 billion pension’s lack of consistent private equity pacing in the last decade has been a major source of its relative under-performance – and oppose halting it for any reason.

Private equity managing investment director Greg Ruiz on Monday named the inconsistent investment pace as one of the reasons why the portfolio has under-performed recently, as Buyouts reported.

He said CalPERS made a lot of commitments in the early to mid-2000s, but very few from 2009 until the last couple of years, leaving it over-allocated to “middling to poor” vintage years and under-allocated to the relatively strong ones that came during and following the 2008 financial crisis.

“The issue is not so much whether or not one can know what the future performance is, but the fact that the exposure having been inconsistent has been having a direct impact on how the performance is,” he said, according to a rush transcript.

In response, investment committee chair Theresa Taylor said, “there’s been some talk on putting a pause on this strategy even though the board has pretty much adopted this strategy already, until certain things have finished.”

She appeared to be referring to board member Margaret Brown’s call in Buyouts for a hold on all PE investments following the sudden resignation of former chief investment officer Ben Meng in August.

Exactly why Meng resigned remains unclear, but he apparently approved a $1 billion commitment to a Blackstone fund while owning public stock in the firm, and resigned just a few days after that was revealed by media reports. Brown wants a full investigation and accounting of what happened before PE commitments go forward. So far, she is the only board member to call for it.

Taylor and Brown clashed about this on social media soon after Meng’s departure, as Buyouts reported. Taylor did not respond to a request for comment for this story.

Interim CIO Dan Bienvenue said this lack of consistency caused the fund to be over-allocated to under-performing vintage years, and ironically to miss out on fee savings that can come from co-investments, as firms tend to provide those to more consistent partners.

Brown did not respond to a request for comment. She is not an investment committee member, but took part in the meeting, conducted via teleconference due to the coronavirus pandemic.

When asked by board member Lisa Middleton what the pension needed to do to get its pacing back on track, Hartt had a few suggestions.

He also suggested deploying more capital with the fund’s highest-conviction managers, and doing more separate accounts to save on fees.

CalPERS has made several commitments to SMAs or co-investments so far this year with managers like Advent International, General Atlantic, and Francisco Partners, among others, according to documents on its website.