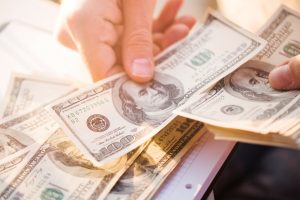 California State Teachers’ Retirement System saw its overall investment costs fall by six percentage points in 2018, according to documents posted on its website ahead of its board and committee meetings this week.

But the reduced costs came from a whopping 36 percent drop in carried interest compared to the year before, which the pension directly attributed to low-performing private investments.

Carried interest is akin to a performance fee most GPs earn after an investment reaches a hurdle rate, usually of 8 percent. GPs either collect carry after selling investments that have met their hurdles, or after returning all LP contributions to a fund as well as hitting the hurdle. GPs generally collect 20 percent carry, with 80 percent of profits flowing to fund LPs.

“The reduction in carried interest indicates a slowdown in realized profits from private investments made over the last several years,” said the $242.1 billion pension’s Annual Investment Cost Report.

“Traditionally, the private asset classes have a higher fee structure due to their complexity and greater return potential,” the report said. “This shift contributed to the overall increase in total portfolio costs, even though as a whole, each of these asset classes reduced their relative year-over-year fee structures for 2018.”

In an attachment to the report, CalSTRS said while its total investment cost was rising, it remained below its peers’ average and the U.S. average when compared to 48 U.S. public funds and 15 global peer funds.

According to its most recent private equity quarterly report, as of June 30, 2019, CalSTRS’s PE allocation was 8.8 percent against a short-term target of 9 percent and a long-term target of 13 percent. The PE portfolio’s NAV was $21.3 billion and consisted of 388 active partnerships with 121 managers.

The investment cost report also said CalSTRS has “increased the commitments pace” to private equity over the last few years, which can lead to lower returns due to the J-curve effect. In the first six months of 2019, CalSTRS committed $4.98 billion to 21 new partnerships and $474 million to nine co-investments.

CalSTRS had no comment beyond the contents of the report.

Chief Operating Investment Officer Debra Smith and the investment staff are scheduled to present the report at the first day of CalSTRS’s monthly meeting on Wednesday.