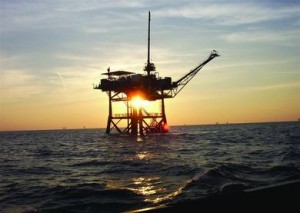 , the European private equity house, in consortium with and , has completed its US$3.77bn acquisition of UK oil field services company .

The deal survived a last-ditch attempt by rival bidder and supportive hedge fund investors in Expro (led by Mason Capital Management and Sandell Asset Management, holding about 25% of Expro) to derail the deal and force through an auction process.

On June 26, the UK High Court, after listening to evidence and arguments from each side, finally sanctioned the scheme of arrangement to effect the acquisition of Expro by , the Candover-led consortium.

Shares in Expro were scheduled to be cancelled by the London Stock Exchange with effect from 8.00am on July 3.

In giving the court sanction, Mr Justice Richards delivered a general rebuke that the High Court should have become a place to fight M&A battles, rather than the forum governed by the Takeover Panel and its Takeover Code.

“I would not think it is desirable that court procedure should allow in an undesirable level of uncertainty which the provisions of the code have successfully eliminated,” said Richards.

The court drama began after Expro’s independent committee rejected a 1,625p per share bid from US trade bidder Halliburton tabled late on Friday June 20, in favour of an existing 1,615p per share offer from Umbrellastream, the Candover-led private equity consortium.

The Expro board argued that the seemingly higher bid was in fact lower, given the difference in interest earnings.

“In considering the cash value of the Halliburton proposal, the independent committee had to consider the amount of interest that an Expro shareholder could reasonably expect to receive on the 1,615p that would be paid to them between July 10 2008 (the expected final date for settlement of consideration payable under the Umbrellastream offer) and the final settlement date with respect to the Halliburton proposal,” said Expro on June 23, in response to an angry announcement from Halliburton that it had withdrawn its proposal after Expro reneged on an agreement to conduct an auction between Halliburton and Umbrellastream.