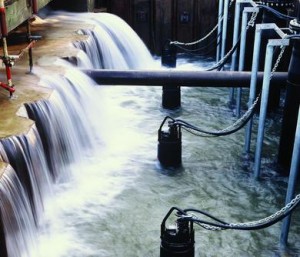 , a UK mid-market private equity house, has exited its investment in , a wastewater support services business, in a secondary buyout to mid-market peer .

According to Ken Lawrence, a partner at Gresham, the sale had been brought about in response to changes in capital gains tax (CGT) due to take place in April.

“The principal driver was the change in CGT,” said Lawrence. “Anybody selling prior to April that has been in an investment for more than three years is liable to a lower rate of tax as a result of the changes to CGT by Chancellor Darling. It’s on the minds of many managers currently.”

No sale price was given, but Gresham said that the exit had generated a 3.4x return on its £12m buy-in management buyout (BIMBO) in December 2004.

Debt facilities were provided by . PIMS management has also taken a minority stake as part of the transaction.

Based in Farnborough, PIMS sells, installs and services submersible pumps for water sewage and drainage systems. Established in 1972, the company has clients in the water, construction and retail sector, including Persimmon, Sainsbury, Tesco and Thames Water. Gresham said that the business has doubled its sales and increased staff by more than a third to 114 during its three years of ownership.

According figures, a clutch of UK buyout deals worth more than £5bn are expected to be completed by the end of the first quarter of this year following changes to rules on Capital Gains Tax outlined in Alistair Darling’s first Budget.

Data released by the Centre for Management Buyout Research (CMBOR) reveal that deal value for the first quarter of 2008 has already reached £4.3bn (US$8.6bn) and is predicted to rise to more than £5bn.

“After the 60% decline in buyout activity in Q4 2007, these numbers are relatively encouraging,” said Tom Lamb, co-head of Barclays Private Equity, which founded CMBOR alongside Deloitte.

“Although the first quarter is traditionally a quiet part of the year, UK buyout activity so far in 2008 compares well with prior years,” Lamb said. “This is in partly driven by vendors rushing to complete deals before the end of CGT taper relief at the end of the tax year.”

From April, business owners will face a flat rate of 18% capital gains tax, compared with the previous regime of taper relief, whereby tax could be as little as 10% depending on the length of the ownership period.

Lamb said that it would remain to be seen whether current levels of activity would continue throughout the year or “prove to be a false dawn because the CGT changes have pulled forward deal flow from later in the year”.