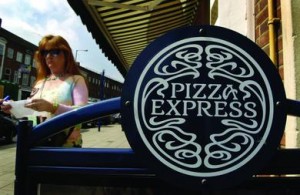 Like other restaurant operators , which runs Gourmet Burger Kitchen, the Real Greek and other brands, has been hit by a ‘tighter consumer market’. It is now thought that private equity group might launch a full takeover of the business.

In early December Clapham warned that the business’s anticipated strong growth was “expected to be significantly below its original expectations”. Trading at its twenty-four Tootsies sites was particularly poor. This chain was acquired in April 2006 for £25m.

However, in recent weeks there has been a 50% surge in the company’s share price from 150p to 225p. On January 9, Capricorn, which owns chicken restaurant Nando’s, confirmed it has an 18.4% stake in the group. After a flurry of buying it has now increased this holding to 24.9%.

Capricorn previously backed the £278m buyout of Pizza Express in 2003. At the time the restaurant chain was chaired by David Page. He is now executive chairman of Clapham House. However, the group declined to comment on reports Capricorn might launch a full offer.

Other sources have speculated that Capricorn may not make a formal bid for the group. There has been no contact between Capricorn and Clapham House’s directors yet. James Dawson, analyst at stockbroker Charles Stanley, said he believes another outcome could be sparked by this stakebuilding.

“Even if Capricorn’s increased stake does not lead to a bid it may prove to be the necessary stimulus to either exit or implement a solution of the Tootsies sites,” he said. “Alternatively the interest shown by Capricorn may stir other potential bidders into action. There are likely to be other interested parties running a slide rule over the group.”

He adds that finance director Nicholas Wong has said that trading, whilst still tough, has held up since the December profit warning.