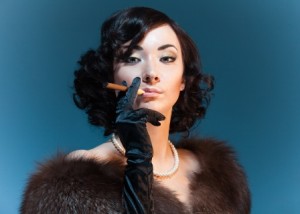 After filing its first Form D for the fund on Nov. 11, Carlyle disclosed nearly $38 million in February and added roughly $20 million a month since then to reach its total as of June 17.

Carlyle is working with Raymond James and LPL Financial to target investors through the respective firms’ wealth channels, according to a source. The names of both firms are listed on the Form D filings for the fund.

The fund provides investors with access to various Carlyle private equity funds for qualified purchasers – people with at least $5 million in investable assets, according to a source. The minimum $250,000 commitment is evenly divided between a small number of Carlyle funds.

Currently, the firm is raising capital for several pools. In the first quarter, it drew in a combined $4.4 billion for Carlyle Europe Partners IV, Carlyle Realty Partners VII and Carlyle Equity Opportunity Fund II, its mid-market buyout pool, and others.

The Access fund is Carlyle’s second fund aimed at individuals. CPG Carlyle Private Equity Fund tipped the scales at $551 million at the end of 2014. That pool, managed by Central Park Group, invests in dozens of funds and secondary stakes in funds, including a few that aren’t run by Carlyle. CPG Carlyle Private Equity Fund is for “accredited” investors, meaning those with at least $1 million in assets not including their residence, and takes minimum investments of $50,000.

Not every initiative aimed at individuals has panned out for Carlyle. The firm has moved to liquidate Carlyle Core Allocation Fund, which drew in $53 million, and the Carlyle Enchanced Commodity Real Return Fund, which had no assets disclosed and was shuttered before it drew in any commitments, according to reports.

For years, Carlyle co-CEO David Rubenstein has been on the stump in support of opening up private equity to individuals. The macro trend of traditional pensions in the form of defined benefit plans giving way to defined contribution plans such as 401(k)s may fuel interest in other asset classes outside stocks and bonds, he said. But he has said it will take time to become a major force.

“All of the legal issues haven’t been resolved … but, inevitably, there will be a desire by people who have IRAs, 401(k)s and other kind of vehicles to participate [in private equity],” Rubenstein said recently. “It’s probably a generational thing before you see a big impact on numbers for firms like ours.”