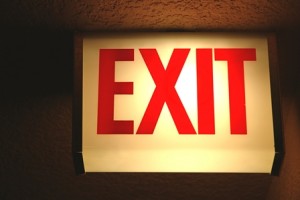 One source said Murray left because of problems with his health. A spokesman for CCMP declined to comment. Murray’s name has been taken down from the CCMP website, but it carries no mention of his departure.

It’s not clear if Murray’s departure has triggered key man provisions in any of the funds.

Among his other titles, Murray remains vice chairman of the Boston College Board of Trustees as of Feb 17, according to a spokesman for the school.

Murray led the firm’s spinoff from J.P. Morgan Chase & Co in 2006 when it was known as J.P. Morgan Parters. Earlier, it operated under the name of Chase Capital Partners. The firm’s name is derived from its “heritage organizations” including Chemical Ventures, Chase Capital, Manufacturers Hanover Capital, and J.P. Morgan Partners, according to its website. Murray originally joined the firm in 1989 after working as a vice president in the mid-market lending unit of Manufacturers Hanover.

In September, the firm closed CCMP Capital Investors III LP, a buyout and growth equity pool, with $3.6 billion. The fund surpassed its predecessor by about $200 million. Along with Brenneman, Murray’s name is the only executive listed on Form D filings for the fund. It was the first fund CCMP raised without the assistance of its former parent, J.P. Morgan.

Ollie’s Bargain Outlet, which is co-owned by CCMP, may be preparing for an initial public offering, according to a Feb 10 report by Reuters. In March of last year, CCMP completed the sale of Edwards Group Ltd after a hold period of nearly seven years. The firm made about 3.5x its money on the sale of the unit to Atlas Copco, Buyouts reported. Also last March, Cinven Ltd agreed to buy Medpace Inc from CCMP Capital for about $900 million.