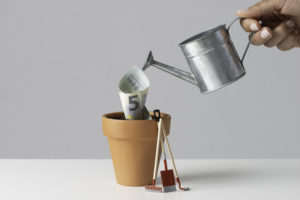 Clayton Dubilier & Rice is preparing to hit the market with its next flagship fund that is expected to raise at least $10 billion and probably more, two people with knowledge of the firm told Buyouts.

CD&R, which closed Fund X on $10 billion in 2017, is expected to hit the market with Fund XI this quarter or in Q2, said the two people, LPs familiar with the firm.

The two people said Fund XI doesn’t yet have an official target and the firm will raise more than Fund X. Roland Tomforde, spokesman for CD&R, declined to comment.

CD&R’s tenth fund, the largest in its more than four-decade history, saw about $20 billion of demand, a source told Buyouts at the time of its final close. The firm’s ninth fund closed on $6.25 billion in 2014.

CD&R is owned directly and indirectly by senior professionals of the firm, along with co-founder Joseph Rice and Chairman Donald Gogel. Firm profits are distributed broadly among senior professionals based on specified sharing percentages, according to the firm’s Form ADV. CD&R was formed in 1978.

Fundraising for Fund X was boosted by strong performance in the ninth pool. Fund IX has generated a 19.47 percent internal rate of return since inception as of March 31, 2019, according to performance information from California State Teachers’ Retirement System.

CD&R Fund VIII, which raised $5 billion in 2009, generated a 25.96 percent IRR since inception as of Sept. 30, 2018, according to New Mexico Educational Retirement Board.

The firm had a big exit last year, clinching the sale of direct-to-consumer insurance marketer Tranzact to Willis Towers Watson for $1.3 billion.