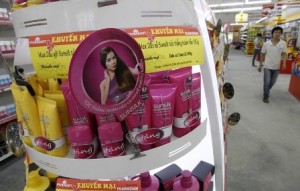 Centerbridge has so far outbid other private equity firms in the auction for KIK, though negotiations are continuing and it remains uncertain whether it can reach an agreement with KIK’s owner, buyout firm CI Capital Partners LLC, the people said this week. CI may decide to sell KIK to another bidder or hold on to the company, the people added.

The sources asked not to be identified because the negotiations are confidential. Representatives for Centerbridge and CI Capital Partners declined to comment, while a KIK representative did not respond to a request for comment.

Concord, Ontario-based KIK is one of North America’s largest manufacturers of consumer packaged goods for brands and retailers. Its products range from shampoos, soaps and body lotions, to air fresheners, household bleach and additives for swimming pools and spas.

In early 2014, KIK acquired the consumer products business of Chemtura Corp for $300 million to expand its pool and spa chemical business. The company also bought Chem Lab Products Inc in June 2011, a chemical manufacturer for the pool, spa and retail household bleach markets.

(Reporting by Greg Roumeliotis and Olivia Oran in New York)