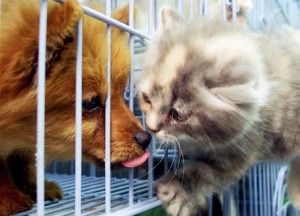 ParkerGale is targeting $200 million for its debut fund, sources said. The firm launched fundraising about 10 weeks ago, they said. ParkerGale makes control investments in tech-enabled services companies, according to its website.

Among its LP-friendly terms, the firm is offering a “European style” waterfall distribution structure, in which LPs must be paid back all contributed capital, plus fees and an 8 percent preferred return, before the GP starts to collect carried interest.

This type of distribution, also known as “back-ending” carry, is generally preferred by LPs, but it has not been fully embraced in the United States, where carry distribution is traditionally done on a deal-by-deal basis.

ParkerGale will also be fully transparent with its budget and what everyone is paid, sources said.

In addition, the firm is offering to share 100 percent of any fees charged to portfolio companies, including monitoring fees, the sources said.

In a panel discussion at the Buyouts East conference earlier this month, Mathews said ParkGale used the due diligence questionnaire from the Institutional Limited Partners Association “and filled out the whole thing.” The ILPA DDQ covers issues such as general firm and fund information, strategy, process, team, alignment of interest, terms, governance, risk and compliance, track record and valuations.

“We’re term takers,” Mathews said. “It’s not like we couldn’t get the fund raised if we didn’t do those things. We actually believe in this.”