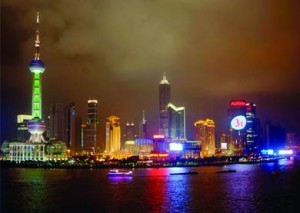 UK private equity giant has made its first onshore investment in China, almost a year after new regulations were enacted to make it more difficult for overseas investors to acquire stakes in Chinese companies. 3i, which already has 10 Chinese businesses in its portfolio, has invested US$50m for a minority stake in an as yet unnamed residential real estate project.

Overseas private equity investors in China have traditionally invested using offshore vehicles in partnership with the management of the target company. The creation of such vehicles required permission from the Chinese Government and following legislation that came into force in September last year, such permission has become significantly more difficult for investment in sectors deemed strategic or sensitive. “There’s been a backlash against foreign investment,” says Jeremy Gordon, chief executive of , a business consultancy. “There has been a lot of negative imagery based on the idea of malicious foreign acquisitions, and the Chinese Government is now targeting investors who it feels will add value to companies which, in five to 10 years time, can grow from being national businesses to global brands.”

The mood currently sweeping the halls of power in China is that local funds have to be encouraged if the country is going to be able to fend off the constant advances from US and European firms – this is not to say that such investment is not welcome, but the Government does not want top tier Chinese companies to be entirely in foreign hands. It was within this context that an amendment was made to the Partnership Enterprise Law in August 2006 and enacted in June this year.

Designed to encourage the growth of more home-grown funds, the amendment introduces the limited liability partnership to Chinese law for domestic investment vehicles. Prior to the change only unlimited liability partnerships were allowed, which were similar to the GP structures seen in more mature private equity markets, and unattractive to outside investors because of the risk attached. By creating an LP structure, Chinese GPs will find it easier raise capital from overseas investors – domestic Chinese funds are financed predominantly by state-owned enterprises – and the Government wants this capital to be denominated in the local currency, the renminbi, not the US dollar. Beijing doesn’t need any more US dollars, but it does need the intellectual skills which US and European private equity investors can bring.

Funds dedicated to investing in China raised a total of US$5.26bn in the first half of 2007, an enormous 239% increase on last year’s figures, helped in no small part by the likes of , which closed two funds in May – a US$250m early stage fund, and a US$500m for a growth capital fund – and IDG and Accel Partners, which raises US$510m for their joint venture jointly IDG-Accel China Growth Fund II.

Yet the firms are finding it difficult to spend this money. The Chinese Government’s 9.9% investment in Blackstone’s IPO in May has understandably intensified the spot-light, but despite possessing a population of 1.3 billion and a GDP of US$1.9trn, private equity activity has been low. Private equity investment fell by 25.3% in H1 2007 compared to the same period last year, a drop largely attributable to the restrictions placed on foreign private equity investment by Beijing, according to the AVCJ. Only 28 deals have been completed so far this year (up to July 20), according to data from Thomson Financial, which, although an increase on the 23 wrapped up by the same time last year, is still less than the 67 seen in Australia, a country with a population size 1.5% of that of China’s and with a GDP of US$637bn.

In the short-term, this is unlikely to change as the Government’s ambition of a fully-fledged domestic private equity market takes time to come to fruition, but there are early signs of success. Reports emerged in July that Fang Fenglei, founder of China’s first investment bank and now head of the Chinese securities arm of Goldman Sachs, is considering setting up a US$790m (CNY6bn) fund based on the LP structure introduced in June. Bloomberg suggests there are at least six other LP-structured funds in the offing.

“Chinese funds are mushrooming,” says Ludvig Nilsson, director and managing partner of Jade Alternative Investment Advisors, an advisor and LP in Chinese private equity. Some of these new funds are being set up by people who used to work for US or European investment banks and private equity firms, while others are local firms who are now on their third or fourth fund “which means that they have been successful and are therefore worth backing” observed Nilsson. “The winners will be the single-country funds. The pan-Asian fund used to dominate four or five years ago, but investors today want specific, focused funds.” Nilsson is currently involved in the fund raising for Jade China Value Partners, apparently the first fund-of-funds dedicated solely to China.

, the UK government-backed private equity emerging markets fund-of-funds, is a strong investor in domestic Chinese funds, and has parted with a total of US$100m across two funds this summer: CDH China Fund III and CITIC Capital Partners. Innes Meek, the portfolio director at CDC responsible for China, said: “Both funds are focusing on state privatisation, and what characterises these types of deals is they are difficult to negotiate because there are a lot of stakeholders, at central, city and provincial levels. CDH and CITIC, being local teams, have an advantage when it comes to making acquisitions.”

CDH is the biggest local firm in the country: it has US$400m of assets under management, and is aiming to raise US$1.6bn for its third offering by the end of the year – CDC parted with US$75m for a position in the fund. closed on US$425m in April with CDC investing US$25m. Both firms operate in a similar space; the average deal size is between US$30m and US$50m, providing growth capital for Chinese state-owned companies being sold as part of the privatisation programme. Meek says the hope for CITIC and CDH is that they will evolve into LBO firms as the corporate debt market evolves in China. Leverage does not really exist at the moment due to Nilsson calls the “arcane” nature of the Chinese banking sector and the complex legal arrangements, which make it prohibitively challenging to set up an LBO structure. Banks are particularly reluctant to loan to privately owned companies, which is why private equity is an attractive financing option. It was only last year that China saw what is regarded as its first LBO – a US$122.5m acquisition of Goodbaby Group, a manufacturer of baby strollers and children’s products, by Pacific Alliance.

The changing face and expansion of the Chinese LP community will have a significant impact on the future of the private equity market there. “A tremendous amount of wealth has been generated over the last two to five years in China,” says Nilsson. “There are lots of rags to riches stories here.” As a result, many of these individuals are now looking to become investors. Nilsson continues: “Private equity is now viewed as one of the most exciting sectors to invest in. If you look at the rich-list of guys in China, most of them will have had private equity backing.”

Clement Kwong from ARC Capital suggests the bounty of money resting in the banking sector will also provide another source of funding. “There is a massive amount of liquidity in the banking system, and so a large number of mutual funds have been established to mop this up,” he says. “They need to put their money somewhere and have already been investing in the wider-Asian market.”

Overseas investors are not being completely ignored in favour of domestic firms. It is being reported that China’s Ministry of Commerce is revising its rules on foreign-backed private equity firms. The Foreign Venture Capital Enterprises (FIVCE) structure was launched in 2003. Open to early stage and growth/expansion capital investors, they were promptly ignored by firms for being too unwieldy and complicated. FIVCEs may be organised as actual companies (with limited liability for every investor) or unincorporated associations. The unincorporated association form has features similar to those in limited partnerships – one ‘indispensable investor’, who has unlimited liability and greater flexibility in terms of timing of capital injection (ie subject to capital calls rather than having to pay in all capital commitments within two years).

Maurice Hoo, partner at law firm Paul Hastings in Hong Kong, says: “Although the FIVCE regulations have been in place since 2003, few sino-foreign joint venture funds have been formed. Over the past six to eight months, however, we have seen an increasing interest from international investors in FIVCEs. Such interest can be attributed to a strong RMB that appears to be moving toward increasing convertibility – and therefore a reassessment by the international investors of currency risks – and, secondly, the regulations that six Chinese ministries jointly promulgated in August 2006 governing acquisitions by foreigners that have made investing in Chinese businesses through offshore special purpose vehicles rather challenging, prompting investors to seriously consider making investments onshore in Chinese companies directly, and therefore in turn creating a platform to do so inside China.”

It is far too early to speak of competition for assets in China – less than 10% of deals go to auction according to Nilsson – but the future battleground of domestic versus foreign firms, is being drawn. Anna Cheung, one of the founding team members of 3i’s Hong Kong office in 2001, believes that overseas funds will have the edge for the time being. “It’s beyond just money. The Chinese Government is looking for foreign expertise, the ability to add value, corporate governance. At different stages of their life, companies need different types of investors.”