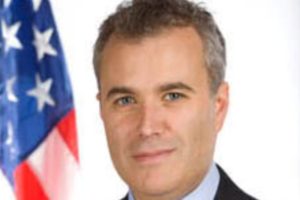 Vincent Mai, who formed Cranemere in 2012 and has served as chairman, has moved into the CEO role, which he held before bringing on Zients, sources said.

Zients’ departure does not change Cranemere’s strategy, which is to take equity stakes in US and European private businesses for an indefinite period.

Zients, who joined Cranemere in 2017, is slated to become Biden’s covid-19 response coordinator. He went on leave from Cranemere after the election to assist in the leadership transition and more recently resigned from the firm.

President-elect Joseph Biden has been looking to the private sector to fill out roles in his administration, including some professionals from the world of private equity.

His choice for secretary of state, Antony Blinken, had previously worked with a private equity firm called Pine Island Capital. He also chose retired US Army General Lloyd Austin as secretary of defense. Austin joined Pine Island this year as a DC partner. All of Biden’s picks must be confirmed by the Senate, in a process that has become increasingly volatile in recent years.

Zients previously worked as director of the National Economic Council for President Obama and served as acting director of the Office of Management and Budget from January 2012 to April 2013, according to his biography.

Mai formed London-based Cranemere as a holding company, to invest in the style of Warren Buffett’s Berkshire Hathaway, holding companies indefinitely. The firm collected $1.5 billion in its first capital raise from shareholders including a Middle Eastern family office, a public US institution and a UK pension, PEI reported last year.

Some of Cranemere’s past investments include NorthStar Anesthesia, Marmite SA and Marmite International SA, which makes cast marble sanitary products and Exemplis Corp, which makes chairs for businesses.