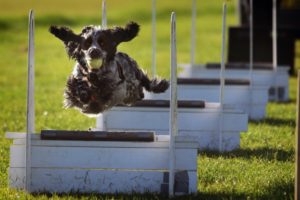 CVC Capital Partners stuck with its below-market hurdle rate of 6 percent on its next flagship fund, according to documents from the New Jersey Division of Investment.

CVC Capital Partners VIII’s hurdle is lower than the 8 percent customary in the private equity industry. This means the GP has to achieve a lower return before it is entitled to its 20 percent share of performance fees.

This hurdle is the same as CVC’s previous flagship, according to documents from the Rhode Island State Treasury.

New Jersey describes this as a volume discount from 1.5 percent, according to comments by the investment team to the State Investment Council meeting Wednesday. Staff also told council the fund will not call any capital until 2021 and will not charge any fees until its first investment.

The fund also uses 100 percent of fees collected from portfolio companies to offset the management fee, the document said.

CVC’s Fund VIII will follow the same strategy as previous funds, “pursuing leveraged buyouts of medium to large-sized business across Europe and North America.” It will seek equity investments of between €150 million ($162 million) and €1 billion ($1.8 billion) per transaction. The team for Fund VIII consists of 109 professionals based in Europe and the Americas. The GP will commit up to 3 percent of aggregate commitments.

CVC started out in 1981 as part of Citigroup under the name Citicorp Venture Capital (Europe). It was acquired by its management in 1993 and renamed CVC Capital Partners. Its current AUM is €72.5 billion (US$78.3 billion), according to the New Jersey documents. The firm has 28 managing partners.