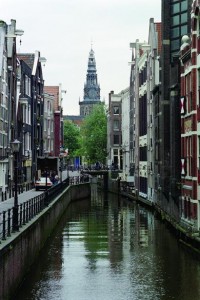 The group will seek to raise €1 billion through the offering, with an over-allotment option of 15%. Doughty Hanson will commit €40m in cash to the vehicle but a substantial part of the this commitment will be used to absorb costs of the offering in exchange for options, which helps to alleviate the impact of issue costs on NAV.

The vehicle’s primary objective will be to achieve long-term growth in value for its unit-holders by investing in funds and portfolio companies managed by Doughty Hanson.

Through its existing private equity funds, with total commitments of over $5 billion, Doughty Hanson has completed 50 leveraged buy-outs of companies, including such internationally recognised brands as TAG Heuer, Geberit, Tumi and RHM.

In addition, Doughty Hanson sponsors two European real estate funds with over US$1.3bn of commitments and a European technology ventures fund with US$272m in commitments. Doughty Hanson is headquartered in London and is supported by a pan-European network of regional offices in Frankfurt, Luxembourg, Madrid, Milan, Munich, Paris and Stockholm. The group employs 48 investment professionals in its offices in Europe, including a 26-member private equity team, a 15-member real estate team and a seven-member technology team.