This article is sponsored by ECP.

What are the key drivers behind the energy transition today?

Doug Kimmelman: There is an overwhelming societal demand for clean energy action. Producing electricity from greener sources and channeling that especially into the transportation sector has become a global priority.

Pete Labbat: And while this societal demand may have been brewing for some time, it is the significant new flow of capital into clean energy initiatives that is accelerating the energy transition. After years of debate about the role of fossil fuels in climate change, the scientific community, governments and the general public are largely in agreement on the need for a transition. The real shift that we see today is coming from entities with the capital. Institutional investors, in particular, are re-allocating funds to those companies actively facilitating the transition or adopting cleaner fuels in their own business. That is driving a fundamental change in the mindset across the entire business economy.

What implication does that transition have for grid stability?

Tyler Reeder: Historically, electricity demand growth has tracked GDP growth, and in some years has been negative. But that link is starting to decouple as the electrification of the economy is going to have a huge impact on demand growth, beyond anything we have seen before. At the same time as we are experiencing this demand shift, we are retiring our existing coal and nuclear power sources, which have been the backbone of power generation reliability for decades, replacing them with resources such as wind and solar that are intermittent in nature as well as an increased utilization of natural gas-fired power plants. That brings with it real challenges. Reliability has always been at the center of our electricity system. These electricity markets are designed to keep the lights on around the clock and keep our economy humming along. Maintaining that reliability whilst meeting growing demand and bringing on resources that are intermittent, is going to be a huge undertaking.

DK: Those that are expecting zero carbon outcomes imminently are being unrealistic. Electrification is a word that excites people, but above all, what they want is reliability. Over 50 percent of electricity in the US today still comes from nuclear and coal. Clearly, we are transitioning from coal. But unfortunately, while the US has the world’s largest volume of nuclear power generation, those facilities are old and are also being retired. Much of society is not a fan of nuclear power, despite the fact that it emits no CO2 and is a highly reliable base load source of electricity, most always running efficiently over 90 percent of the time.

It is going to be tough to replace these base load and highly reliable energy sources with highly intermittent renewables and so, if society wants reliability, natural gas is going to have to be a core component of the transition for many more decades to come – or at least until large-scale, cost-effective battery storage systems can be created. The good news is that natural gas is cleaner than coal, it is abundant in the US and it is cheap. Natural gas can also be exported to heavy coal-burning countries like China and India, to economically incentivize them to displace coal burning for power with cleaner and cheaper natural gas.

TR: Just look at recent events in California and Texas, two highly populated states that have had amongst the highest renewable capacity added in recent years. They have both experienced major reliability events over the past year. You had blackouts in California last summer and then the major power crisis in Texas this past winter caused by the extreme weather. There were serious consequences. While these events certainly weren’t caused by renewable generation, they do put a spotlight on how critical and challenging maintaining reliability is as our electricity grids continues to evolve.

What are some of the most interesting investment opportunities emerging from these challenges?

DK: The obvious opportunity is storage, which can turn that intermittent renewable energy source into more of a 24/7 baseload source of electricity. The good news is, as Pete said, that the capital availability is now here. Battery technological advances are also occurring and there have been positive regulatory developments requiring utilities to put forward contracts for effective storage solutions.

TR: Investment in energy efficiency and smart buildings is also really interesting. As electricity becomes a bigger part of the total cost structure of the economy, there is an incredible opportunity to look at our buildings, our apartments, hospitals and schools, to use data analytics to better manage that energy usage. We expect this to be a huge area of growth going forward.

DK: Ask most people what the biggest contributor to decarbonization has been to date, and they will say renewables. The reality, however, is that progress in energy efficiency has had the most significant impact, followed by switching from coal to gas. Renewables come in at number three. It will take effective battery storage to really shift the needle there.

PL: Having said that, you cannot ignore the tailwinds behind renewable adoption today. For investors seeking lower-risk investments and somewhat lower risk-adjusted returns, renewables can fit in nicely. And if you are willing to be creative, there are additional returns available. That means backing development teams or creating bespoke projects for utilities whose customers are demanding the increased purchase of renewable power over fossil fuels. There are also a myriad of wind farms, for example, that have now been in operation for over a decade, but that may have been built with an older technology, or inefficiently spaced turbines. That provides an opportunity for an experienced operator to come in and repower, add new turbines and renegotiate contracts.

The emergence of a circular economy is another key theme. What opportunities do you see there?

TR: Reducing the amount of waste that goes into landfills is critical to improving our environment. We have recently been involved in a lead battery recycling business, which is almost completely a closed loop system, reusing nearly all materials to make new batteries and other products. We have also invested in a tire recycling company. Plastics recycling is another interesting area. We are looking at the environmental impact of the economy more holistically and the number of recycling and waste reduction opportunities that we see is growing exponentially.

PL: That raises an interesting point. Batteries are going to be a huge component of a renewable power sector going forward, but what do you do with those batteries when they reach the end of their useful life? The ability to recycle and reuse those batteries represents an exciting opportunity not just in terms of managing waste but in terms of managing finite raw materials as well. Lithium and cobalt are going to be in increasing demand but have limited supply right now. If society is serious about creating a world that is largely powered by renewables, we are going to have to find a way to re-use the resources that we have.

What is your approach to ESG? Is investing behind the energy transition enough in itself, or are there broader considerations to take into account?

PL: The companies we invest in need to be both financially attractive and willing to adopt our environmental and safety standards. It is important that businesses behave as good stewards of the capital they are given. We have long evaluated companies in terms of how they perform against safety metrics and compensated management teams on how they deliver against environmental and safety goals.

Today we are looking to take that to the next level. The energy world undoubtedly falls short in the realm of personnel diversity, for example, and by sharing our values with our corporate management teams we hope to drive change. It isn’t enough to simply invest behind the energy transition. You need to adopt a holistic ESG framework. 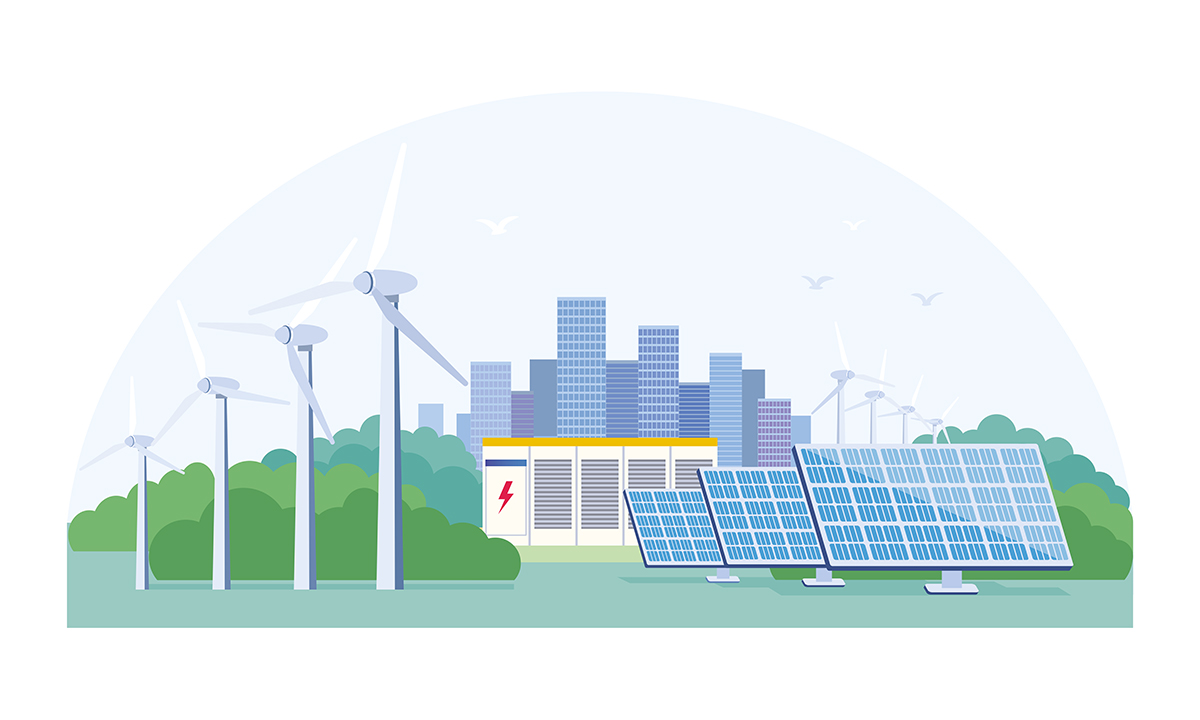 What role are the SPAC and PIPE markets playing in creating products to facilitate the energy transition?

DK: The power industry is the most capital-intensive industry in America. Now we want to dismantle everything and build something entirely new. Society plans to rebuild power generation, create a whole storage network and even reconfigure our transmission grid. And, as I said, we need to do all that at a low cost, with high reliability and in a way that generates strong investment returns.

That will require a massive amount of growth equity. Historically, the equity required to develop new technologies and products would have come from the venture industry. But ten million here or there is not going to solve this problem. It needs hundreds of billions of dollars. Fortunately, however, the public equity markets have lately developed a real appetite for growth equity situations and for investment in energy transition stories. The question is, what is the most efficient vehicle to funnel that capital to where it needs to go? Some will continue to go down the traditional IPO route. But the SPAC and PIPE structures can, in some cases, be a quicker and more efficient way for a company to get to public equity.

TR: There is a huge addressable market here, but the companies involved are still often at an early stage, and so not suitable for the traditional infrastructure and private equity money that has played such a key role in financing other aspects of the energy transition build. SPACs are a great way of marrying the need for growth equity in this sector with the desire of institutional and retail investors to invest behind companies driving change in the energy transition.

DK: I believe one day we will look back and say that SPACs were the single most significant catalyst to helping us make the leap from a highly intermittent and somewhat ineffective renewable sector, to where we want to be. These structures could be the biggest godsend the energy transition movement has ever seen as they facilitate the flow of the massive amounts of growth equity capital needed to fund the assets, projects and solutions to drive an efficient transition to a cleaner, reliable and cost-effective energy future.