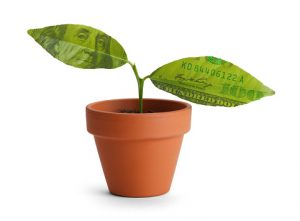 Staple Street Capital, created by former executives of Carlyle Group and Cerberus Capital in 2010, held a “one-and-done” final close on its third fund on $520 million, pushing through marketing despite the pandemic-slowed fundraising environment, a source told Buyouts.

Staple Street is one of a select group of emerging managers that have been able to raise capital in the subdued fundraising environment. LPs for the most part are sticking with their long-term relationships, generally with well-established managers.

Fund III was targeting $400 million, according to a Form D fundraising document filed Oct. 8, which didn’t list how much the pool had raised. UBS worked as placement agent on the fundraising, the Form ADV said.

Stephen Owens and Hootan Yaghoobzadeh formed Staple Street in 2010, according to the firm’s Form ADV. The firm was formed to invest Owens’ and Yaghoobzadeh’s own wealth on a deal-by-deal basis, the Form ADV said.

Staple Street’s third managing director is Jeffrey Hyslop, who joined in 2014. Hyslop worked at Cerberus from 2002 to 2010, his LinkedIn profile said.

Owens worked at Carlyle Group from 1998 to 2009, where he co-founded the global consumer and retail group. Before that, he worked at Lehman Brothers from 1993 to 1996, according to his LinkedIn profile.

Yaghoobzadeh worked at Cerberus Capital Management from 2003 to 2009, where he focused on distressed private equity, special situation investments, balance sheet restructuring and asset purchases. Before Cerberus, he worked at Carlyle, his profile said.