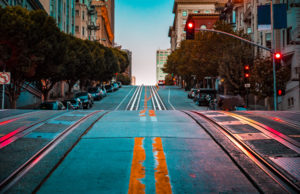 Banneker is among a crop of young managers raising capital to take advantage of the hyper-growth of the growth tech space. Another member of that class, Luminate Capital, formed by ex-Silver Lake executive Hollie Haynes, is approaching $1 billion for its third tech fund.

San Francisco-based Banneker has been in market since October 2019 targeting $250 million. Fund I hit a first close in February 2020 on $140 million, and then the market closed up in the pandemic lockdown. LPs pulled back from forming new relationships for a period of time, but things opened back up in the fall, Davis said.

Banneker invests in enterprise software businesses, with annual revenue of up to $50 million. The firm looks to work with management to help scale the business through organic growth and acquisitions.

While the tech growth space is crowded, many firms have moved up market, leaving a gap in the lower mid-market, Davis said.

Davis, a co-founder of Vista who left in 2009, formed Banneker in 2010, Buyouts previously reported.

Fund I has made two investments so far. Portfolio companies are Versaterm, which provides cloud-based software for the public safety market; and Linq, an education resource management firm. The debut fund is about 20-25 percent deployed so far, Davis said.

The team in its current form has been together since 2017, and invested at least $200 million across four platforms, each on a deal-by-deal basis. Those deals include Dairy.com, which specializes in dairy software; Routeware, which provides software for fleet management; education resource management firm Linq; and payment and IT services company Core Business Technologies.

Banneker is led by Davis and partner Matthew McDonald, and operating partners Harjot Sachdeva and Darryl Lewis. Davis and McDonald primarily focus on investing, while Sachdeva and Lewis focus on implementation of strategic initiatives across Banneker’s portfolio, according to the firm’s Form ADV.

Having operating partners as members of firm management is an important aspect of the firm’s strategy, Davis said.

“Our basic strategy is that many smaller businesses are small, not because of the market and not because of the product, it’s because they may not have the processes and resources to scale,” Davis said. “Our operating partners are really about putting in a foundation so that a business can scale and grow. That’s fundamental to what we do, so our operating partners are very important, they’re on par with our investment partners, they drive real value.”