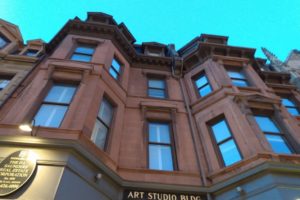 Brownstone Equity Partners, formed by a former Westview Capital Partners executive, collected its target on its debut fund, according to a person with knowledge of the fundraising and federal filings.

The firm is one of only a few first-timers in the market during the pandemic. Limited partners are mostly focused on re-upping with their established managers.

This is not across the board and a few newbies have had success in the down markets. Other emerging managers that have braved the rattled markets include Sky Island Capital, formed by ex-Insight Equity exec Jack Waterstreet, targeting $225 million for its debut; and Crosspoint Capital, launched by ex-Symantec Corp CEO Greg Clark, which is targeting $1 billion for its debut fund.

Brownstone, launched by Evan Horton, targeted $75 million for its debut fund. Fund I had raised about $74 million as of June, according to a Form D fundraising filing. It’s not clear if Fund I is officially closed or if it’s still in the market.

Brownstone Equity did not use a placement agent on the fundraising process, the person said. Horton did not respond to a call for comment Thursday.

Another executive at Brownstone is Daniel Vetrano, vice president, who joined earlier this year, according to his LinkedIn profile. Vetrano previously worked at Farlie Turner & Co for more than eight years, his profile said.