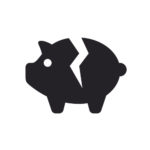 Six in 10 respondents to a survey by intermediary Setter Capital said a higher proportion of deals fell through in 2020 than in 2019, with only 5 percent reporting a reduction in failed processes.

Fifty-five percent of failures were due to the seller opting not to sell for an undisclosed reason, while 34 percent were explicitly the result of adverse economic conditions. The activation of material adverse change clauses increased last year and was the primary mechanism used to call off deals, Setter noted. A third of GP-led deals launched in 2020 are on hold or have failed, added Greenhill in its full-year review. 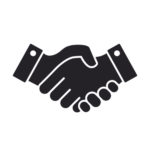 Forty-three percent of the GP-led restructurings that closed in 2020 involved a single asset, according to Evercore.

This is equivalent to $14 billion of deal volume – an increase of 180 percent on 2019, as general partners looked for ways to extend the hold periods of their standout assets.
A total of 90 percent of GP-led deals (including tender offers) included some form of follow-on capital, compared with 64 percent the year before. This reflects GPs’ strategy of taking advantage of opportunistic acquisitions brought about by the crisis.

“We won’t see as many of those this year,” said Evercore senior managing director Nigel Dawn. “What we are more likely to see is the regular end-of-fund recapitalization for a fund where the GP just needs more time and potentially more capital.” 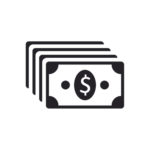 Credit and VC were among the year’s winners

Although the average price of a buyout fund fell last year, average pricing for a credit fund rose from 84 percent of net asset value in 2019 to 87 percent in 2020, according to Greenhill.

This was driven by an increase in the number of pools of capital dedicated to the strategy and investors wanting to gain access to newer credit funds that were well-placed to take advantage of market dislocation.

The biggest price increase was for venture capital funds, from 77 percent of NAV in 2019 to 85 percent in 2020. Greenhill concluded that pricing was strongest for funds with exposure to late-stage tech, digital infrastructure and healthcare – sectors that have thrived during the crisis. 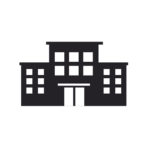 Real estate secondaries transactions representing $8.5 billion of net asset value closed or were placed under contract in 2020, according to research by Landmark Partners.

This figure, driven by some large fund recapitalizations during the second half of the year, tops the previous record of $8.2 billion in 2015. Recapitalizations made up 66 percent of real estate secondaries volumes in 2020, equivalent to $5.6 billion and an increase of $4.2 billion since 2017. Sponsors used GP-led deals to raise capital for covid-19-impacted assets and to make add-on acquisitions, Landmark concluded. 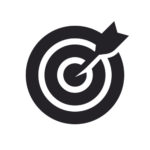 Expected returns increased not just for GP-led deals but for portfolios too, Evercore research found.

The proportion of buyers who expect a good-quality multi-asset GP-led deal to return more than 1.9x shot up to 34 percent, compared with 20 percent the previous year.

Fifty-four percent expect a diversified portfolio of 25-plus buyout stakes to return more than 1.5x, against 38 percent the previous year. This is a continuation of a medium-term trend, perhaps catalyzed by covid-19, Evercore noted.