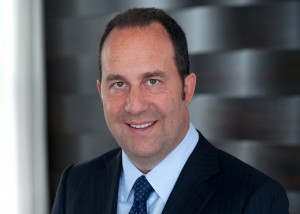 How does Fundamental Advisors distinguish itself from other debt-focused private equity names such as Apollo Global Management, Oaktree Capital Management or distressed shops like WL Ross & Co?

We’re the largest alternative asset manager, by AUM, dedicated to the municipal bond market. Within the muni world, we have strategies that seek to provide total return to our investors, using our fund portfolio and patient capital to distinguish ourselves. We’re dedicated to special situations, distress, to specialty finance and market dislocation. We’ve provided very attractive returns for our investors.

It’s been an entire season since your deal to sell the Memphis Redbirds minor league baseball team to the St. Louis Cardinals and return the team’s stadium to the City of Memphis. How’s it been going since then?

The minor league team made the playoffs this year under the Cardinals. We stabilized that asset, which was in a tailspin. We formed a foundation upon which the Redbirds could build what we hope will be a meaningful part of the Memphis community. We seek to invest in assets with the objective of returning them better than we found them, more profitable, but also re-tooled to deliver an important community function back to constituents.

Given the large number of municipal projects, what’s the deal potential out there?

There are lots of stressed and strained opportunities, along with specialty finance needs, in our marketplace. The vast majority of the muni market is stable. The distressed portion is only a few percentage points of a tremendous market. That amounts to tens of billions of dollars in opportunity for us. I’d characterize it into four buckets. One, stress brought on by increased volatility in the market since the 2008 financial crisis. Two, stress brought on as a result of municipalities such as Detroit, Jefferson County, Alabama, or Puerto Rico exhibiting strain. Three, the tremendous gap in infrastructure financing needs in our country. There’s been an enormous focus in the media and in the market on the need for infrastructure financing. Four, muni issuance in frothy markets can lead to covenant-lite and other weaker deals that are prone to distress.

If interest rates rise, how will that affect your firm?

You’d see troubled borrowers having a harder time obtaining capital. We’d help revitalize those assets. Rising interest rates would also make the value of tax exemptions greater and the broad muni market would be helped by that.

Because of the barriers to entry. I started at Citi and have been in this complex space for years. (Fundamental Advisors was founded in 2007.) The market is opaque, with price discoveries, tax and regulatory issues. Not anybody can show up and buy something cheap and produce value. This takes on-the-ground expertise. It takes experience with trustees and bond counsel and other professionals that are pivotal to our market. We have sourcing capabilities that have been developed over a dozen-plus years. Our investors benefit from our dedication and time spent in this market. And they benefit from our ability to source and steward deals. Both of these require some subtlety and nuance. That’s why not everybody travels into our space.