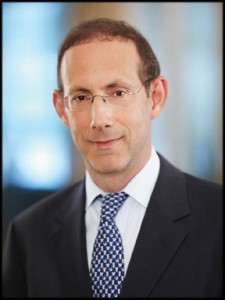 1. What are the main differences you see between Canadian and U.S. pension funds?

Canadian pensions were a little bit later to the game when it came to alternative investments. So, when Canadian pensions began to develop their private equity programs, they looked at what was happening in the U.S. and elsewhere, and saw a few things they didn’t like all that much. So, they didn’t adopt the traditional gatekeeper type model, the more passive model that you find at a lot of U.S. pension funds. Instead, Canadian plans began developing a more active and sophisticated approach to private equity, by building up larger teams and really trying to customize their approach rather than effectively outsourcing their strategies and decision-making to third parties.

2. You just joined Caledon from the Ontario Municipal Employees’ Retirement System, which has one of Canada’s biggest programs for direct private equity investments. As I understand it, Caledon is geared to helping smaller and medium sized pensions build similar direct investing programs, right?

Yes. There are many small and medium-sized pensions in both the U.S. and Canada that are looking for the type of direct investing strategy that we had at OMERS. What we’re trying to do is build a more customized approach for small to medium sized pensions, helping them build portfolios of funds, co-investments and secondaries, in both private equity and infrastructure, which are customized for the strategies they want to follow.

3. Will U.S. public pensions ever be able to replicate the kind of direct investing programs that are common in Canada?

In practice, it is difficult to do. A lot of components are needed to build up a direct investing plan. You need a good delegation of authority. You need a compensation scheme that is going to attract and retain a large investment team, you need that investment team to generate deal flow and both monitor and exit investments. At the highest levels, you really need to align with the philosophy of being an active direct investor. And what I’ve realized after talking with many U.S. pension funds is that a lot of these components don’t coexist at U.S. pension funds. Ultimately, it’s harder for them to build such a program internally, and therefore, if they do seek to have a co-investment program, they’ll likely outsource to an external firm like Caledon.

4.  Before you left, OMERS announced that it was going to a 100 percent direct private equity investment model. That obviously saves on management fees and carried interest payments, but it also lessens the program’s diversification, and makes the program less liquid. Doesn’t going totally to a direct investing model carry some risks of its own?

In Canada, that’s frankly the million-dollar question right now. For a lot of larger and even medium-sized Canadian pensions, what they developed over the years was a combination of private equity fund investing and active co-investment programs. And sometimes, they did their own deals. What OMERS did was gravitate entirely to doing its own deals, so OMERS is now acting almost entirely like a GP, and to my knowledge, there is no other pension in the world doing things that way. So, what OMERS is doing is a test, and I don’t know whether it will work out.  Right now, they are in the second or third inning. When I left, everything was going well, but it will take years to answer whether the returns will ultimately justify this relatively extreme strategy. Personally, I feel that a strategy that includes a combination of funds, co-investments and direct investments makes a lot more sense than to go purely to one extreme.

5.  There’s been a wave of interest lately in managed separate accounts. Will this be one of the main ways U.S. pensions will approach direct investing, or will the co-investment model reign supreme?

All of these approaches are ways to enhance returns. If you talk with most pensions that have been in the private equity market for a while, most will tell you that they’ve been disappointed in the returns that private equity has been generating. So, when these pension begin to look at ways to enhance those returns, the first approach is get into the guts of the terms. The second approach has been to create managed accounts, which are getting more airplay than they deserve, since they really are only available to a very small percentage of the biggest LPs. That said, it is a very interesting development—a natural development—but it’s not going to trickle down that far from the biggest pensions.

Edited for clarity by Gregory Roth