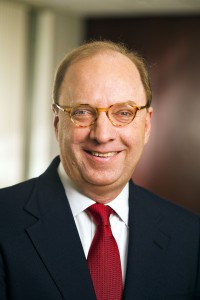 Since closing your last buyout and growth equity fund, Olympus Growth Fund VI, at $2.3 billion in 2013, any deals you’ve done that jump out at you?

Pregis Corp North America is an interesting business. It does plastic packing out of foam. They have a range of products. If you have something like a small engine for a lawn mower, instead of cutting out a piece of cardboard, you use a system called foam-in-place to form a custom package around the motor. That’s on the high end of their business. They also make inflated plastic bags for packaging like the ones that come with the books you get in the mail from Amazon.com. We’re looking to expand domestically.

Also, XCessories & Services, or IXS, has two related businesses. If you buy a new pickup truck and want to have the bed protected, you can go to a franchise of ours, Line-X, a specialist in rubberized plastic using chemicals and sprays to cover the bed of the truck. For the manufacturers of trucks, we have a North American plant. We’re about to go into other countries to supply manufacturers with truck beds that buyers request as an added option. We bought the business for less than 7x EBITDA.

We’re able to buy things that are somewhat complicated both to understand and harder to finance — you have to do a lot of explaining to get them financed. The nice thing is that drives other people away. You can buy things less expensively and that protects your downside risk. The idea is to buy a good company and get it at a reasonable price and earn a double-digit multiple. That’s the name of the game nowadays.

Olympus Partners is known as a specialist in growth equity deals. Are valuations a bit less frothy if you’re buying a stake in a company rather than buying it out?

Today the answer is no. Take a look at Uber, for example. That’s a company that’s been around for three years with a $41 billion valuation, more than almost any automobile manufacturer. By any metric, you can’t even figure out the multiple. We’ve made a couple of growth equity or minority deals, but I won’t say they’re inexpensive. They’re fully priced. We’re in a bull market for privately-held preferred stock.

You raised your last fund in less than six months. How do GPs avoid the temptation of jacking up the size of their new funds dramatically if they see strong demand?

We went from $1.5 billion in Fund V to $2.3 billion in Fund VI. If you have a good track record, you should have the ability to keep the fund at least where it was or increase it somewhat. That’s the reward for having done well. The question is, how much should you increase it? If you look at several firms that increased it by big multiples in 2007, many of those funds have now found themselves either unable to raise the next fund at all, or they’re shrinking dramatically.

With us, we said to our LPs, ‘Look, in Fund V we averaged $150 million per transaction and we did 10 deals. Ideally, we usually have 12 to 13 deals in a fund. Our intention is to do the same thing as last time, but to do two or three more deals than last time.’ So therefore there’s the math. Our increase was not to change what we were doing other than the number of transactions. People said, ‘Gee, that makes sense.’

You’re one of the few private equity executives out there who blogs. What was your motivation?

It started with my quarterly letters to limited partners. They included a one- or two-page narrative commenting on the market, with truthful observations. When we were updating the website a few years ago, our design team thought it was a hidden gem and suggested we put some of it out in the form of a blog. It’s gotten a great reception. Agents and investment bankers read it. It’s helped us find deals. We’ll have people in a transaction — the senior guy and the junior guy — and the junior guy will say, ‘We used to read your blog and pass it around our class at Harvard Business School.’ It has a way of distinguishing us.

There’s some. I had a career at GE, starting at operating jobs for plastics and motors, then I moved over to GE Capital when it was called GE Credit. I stumbled into a job starting the private equity investment effort for the pension fund. It’s the only place at GE that really invests on an unbroken basis in equities. There are many ex-GE executives now at operating jobs in private equity-owned portfolio companies. But most GE backgrounds are not to be buyers, but lenders.