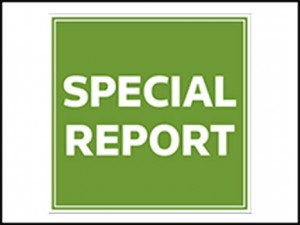 “The creators of the story—that’s the scarce asset,” Davidson said at the PartnerConnect LP-GP Summit in New York City this month hosted by Thomson Reuters, publisher of Buyouts. “The value of content is going to be extraordinary.”

Silver Lake’s IMG deal reflects the rich variety of deals by sponsors based in California, Washington State and Oregon. All told, gross domestic product for the three Pacific Coast states weighed in at a combined $2.64 trillion in 2013, about 17 percent of the total U.S. GDP, according to the Bureau of Economic Analysis. The trio of states ranks above the median for the fastest-growing states in the country, with Oregon 14th, Washington State 15th and California 20th. The three states house hundreds of private equity firms either with headquarters or big offices.

Across all industries, West Coast private equity firms have purchased 1,640 companies with a total disclosed deal value of $154 billion in the last 10 years as of September. By industry, high technology accounted for some 21 percent of deals sponsored by West Coast private equity firms, followed by 15 percent for industrials and 14 percent for consumer products and services, according to Thomson Reuters data. That is not surprising given the large ecosystem created by Silicon Valley, Microsoft Corp, Google Inc, and Apple Inc. Still, it’s only about one fifth of the total pie.

“There’s tons of non-tech out here,” William Barnum, partner at Brentwood Associates, told Buyouts. The consumer-focused firm acquired Marshall Retail Group of Last Vegas in August, as well as 21 Taco Bell restaurants for its K-MAC Holdings Corp platform in April. Other deals are in the works.

The local PE market gets plenty of support from local limited partners.

Thanks in part to their backing, the top 13 West Coast sponsors drew $42 billion of capital since 2011 for various private equity pools. Only two of the top five fundraisers on the West Coast focus on tech: No. 1 Silver Lake, with $11 billion raised since 2011, and No. 3 Vista Equity Partners with $7.6 billion raised over the same period.

Oaktree Capital Management ranks second with $9.23 billion in fundraising over that period; consumer-focused Leonard Green & Partners comes in fourth with $6.3 billion and credit-focused Ares Management takes the fifth slot with $5.2 billion raised in the past three years. (See accompanying chart). In a fresh fundraising development from the West Coast, Hellman & Friedman is expected to hit its hard cap of $10.3 billion for Hellman & Friedman Capital Partners VIII in just a few months, according to sister website peHub.com.

Peter Martenson, partner with placement agency Eaton Partners, said West Coast firms took longer to pick up their fundraising pace after the financial crisis, but they’ve been hitting stride in the past couple of years.

“A number of firms had more to work out with their portfolios before coming back to market,” Martenson said. “It’s taken longer for the economy to come back here. There’ve been some barn burners like Marlin Equity tripling the size of their funds, Leonard Green & Partners, JMI Equity. The guys that have performed draw the capital pretty quickly.”

The fundraising boom has fueled an increase in deal-making activity. So far in 2014, private equity firms based on the West Coast closed 126 transactions as of Sept. 16, according to Thomson Reuters data. If the pace continues, 2014 could match or exceed the deal total of 158 for 2013 or even outpace the 182 deals in 2012, when the fiscal cliff rush yielded a rash of deal-making across the buyout world.

Second only to New York?

Todd Boes, partner at law firm Ropes Gray’s private equity transaction group in San Francisco, said the Bay Area and West Coast overall may rank ahead of Chicago and Boston for the No. 2 slot after New York, at least if you ask buyout pros working in Pacific standard time zone.

“It’s fair to say the majority of sponsors are sector agnostic, or they invest in areas other than tech,” Boes said. “Tech is an awesomely important part of the Bay Area economy. It’s a very visible feature of the economic activity of Northern California, but in buyouts it’s less so. It’s a substantial community that may be masked a bit by the visibility of the technology and venture capital communities.”

As an example of West Coast diversity, the largest transaction of the year for a West Coast firm took place in the restaurant sector with Golden Gate Capital paying $2.1 billion for Red Lobster, followed by two Hellman & Friedman deals: the $2 billion acquisition of Total Life Care Pharmacy and the $1.1 billion purchase of Renaissance Learning. All of these deals fall outside of the tech sector.

Well south of Silicon Valley, two of the biggest firms in Los Angeles focus on various types of alternative credit investments across the buyout spectrum. Ares Management and Oaktree hold a diverse portfolio and may end up owning a variety of businesses through debt investments.

One recent example is Guitar Center, the world’s largest retailer of musical instruments and recording equipment. Formerly a Bain Capital portfolio firm, Ares Management affiliates exchanged a portion of their holdings in Guitar Center debt into preferred stock and assumed a controlling stake in the Los Angeles-based company earlier this year. Ares declined to comment beyond a statement issued by Guitar Center.

John von Schlegell, managing director and co-founder of Portland, Oregon-based Endeavor Capital, said he moved to the West Coast in the early 1990s after working at GTCR in Chicago to enjoy the region’s great fly fishing rivers, and to find deals across a variety of sectors with a common middle-market theme. The firm casts its line across six primary industry areas: business services, education and training, food, healthcare, logistics and supply chain and niche manufacturing.

“Generalizations are dangerous, but I’d say one that is mostly true in the West is it’s a little more laid back and I think a lot of these (deal) decisions are made with more of a premium on relationships and getting to people versus an auction book,” von Schlegell said. “We’ve been doing this for 22 years: tilling over the garden and growing relationships.”

“We’re as busy as we’ve probably ever been in the history of our firm,” Brentwood Associates’s Barnum said. “It’s almost all in our category of founder-owned businesses. We expected coming out of the recession to have some really busy years, but it took longer than we thought. We’re in a nice upswing now. It doesn’t look like the economy is going to enter a recession anything like what we experienced in 2009-2011. People have put up good numbers for a couple of years so now it’s a good time for founder-owned companies to sell.”