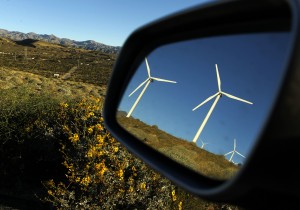 This is clear in the California Public Employees’ Retirement System’s Clean Energy and Technology Fund portfolio, a collection of 14 funds with vintages of 2007 to 2010. It is managed by Capital Dynamics.

The performance of the portfolio remains challenging, according to its latest performance report, which updates IRRs to June 2013. Four of the funds sport positive IRRs while 10 have negative ones, a disappointing record.

In addition, 10 of the funds saw their IRRs drop in the prior nine months and only four showed improvement.

The declines were largely due to a drop in the market value of portfolio assets. Nine of the funds saw the value of their portfolio companies drop over the period, according to the report. Five saw improvements.

One of the most improved funds was the 2010 XPV Water Fund, which saw its IRR rise to 4.1%. The fund is the top performer in the portfolio.

Another fund showing improvement was RockPort Capital Partners 3, though its IRR remains well under water. The value of the fund’s assets grew 36%.

Other funds felt the pressures of the sector. Chrysalix Energy 3 from 2008 saw its IRR drop to 2.5% from 10.9%, though it is still the second best performing fund of the bunch.

Other funds with big declines were VantagePoint CleanTech Partners II, USRG Power and Biofuels Fund III and Hudson Clean Energy Partners. The declines were largely due to reductions in portfolio value.

The fund with the worse performance in the portfolio is Virgin Green Fund I, which has an IRR of -27.7%.

The accompanying table lists the 14 funds with their asset values and IRRs from June 2013 and September 2012.