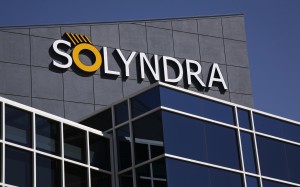 Cleantech venture investing fell by about a quarter last year to $3.3 billion. It fell even more substantially, 61%, in the first quarter of 2013.

One reason is that cleantech fund performance continues to struggle. This is clearly the case in CalPERS’ Clean Energy and Technology Fund, where funds with improving returns through September of last year trailed those with worsening ones.

The funds come from a cross section of big name managers, including VantagePoint Capital Partners, Chrysalix Energy Venture Capital, RockPort Capital Partners and Nth Power, so in that sense, they provide a useful snapshot of the sector. They also are relatively young and therefore have time to recover. Most are 2008 vintage.

Still, the picture they provide is far from appealing. As of September 2012, seven of the 14 funds in the California Public Employees’ Retirement System portfolio managed by Capital Dynamics had positive IRRs and seven had negative ones. The breakdown was the same one year earlier: seven in the black and seven in the red. For the year ended last September, six improved their IRRs and eight saw declines.

Several are standouts, Chrysalix Energy 3, for instance, and Hudson Clean Energy Partners. The Chrysalix fund saw substantial improvement in its IRR over the year.

But others are well under water with substantial ground to make up. Included are RockPort Capital Partners 3 and Virgin Green Fund, both of which invested in bankrupt solar startup Solyndra. Nth Power Fund IV also has a negative IRR, though it, the RockPort fund and the CalCEF Clean Energy Angel Fund I did show improvement over the year.

In the accompanying chart, please find the funds listed with commitments, distributions and IRRs from September 2012 and 2011.