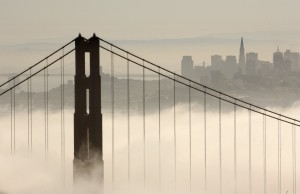 The San Francisco Employees’ Retirement System’s mid-decade venture funds turned in a mixed performance during the second half of last year as investors felt the uncertainty of a presidential election, the looming fiscal cliff and a soft economy.

The portfolio remains well in the black. But almost as many funds lost ground as gained it during the second half of the year, when M&A and IPO exit markets ebbed and venture investing stalled.

The pension manager has 21 funds with vintages of 2004 through 2008. The majority of them—17 funds—have investment multiples above one, according to a recent portfolio report updating the holdings to December 2012. Four do not.

In the final six months of the year, 10 of them recorded improvements to their multiples while nine did not. It is a performance that reflects the cross currents of the times.

Several of the funds are standouts. Institutional Venture Partners XII from 2007 remains the strongest with a multiple of 1.91x and a 26.34% IRR. It witnessed a minor decline in the second half of the year, but threw off substantial cash.

Landmark Equity Partners XII also can claim boasting rights with an IRR of 24.51% and additional distributions during the second half of the year. Weston Presidio Capital V from 2005 and Sofinnova Venture Partners VII from 2007 also continue to do well. The Weston Presidio fund has an IRR of 12.86%, according to the report, and the Sofinnova fund has a 16.36% IRR.

Also of note are funds from Polaris Venture Partners and Canaan Partners.

Overall, declines in the portfolio’s investment multiples were modest. However, several funds have holes to dig themselves out.

At the bottom of the list is Syndicated Communications Venture Partners V with a -28.88% IRR. A pair of funds from DFJ Tamir Fishman Ventures struggled to build value, as does Actis Emerging Markets 3 from 2007.

The accompanying table features 21 funds, including commitment levels, distributions, multiples and IRRs, where provided by SFERS.