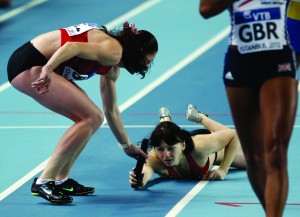 Private equity funds closed on $42 billion in Q3, the weakest quarterly fundraising total since the first quarter of 2014. The recent dip is similar to what occurred between Q4 2013 and Q1 2014, when U.S. fundraising dropped from $62.5 billion and $39.1 billion, according to Buyouts data.

U.S. firms were unlikely to improve upon the amount raised in Q2, which represented the strongest quarter for fundraising since the global financial crisis. Mega funds targeting $5 billion or more drove the bulk of Q2 volumes, which included an epic $17 billion first close from Blackstone Group’s latest flagship buyout fund.

In Q3, mega funds raised less than a third of what Blackstone hauled in with its first close, circling just $4.9 billion, according to Buyouts data. Meanwhile, large funds, sometimes referred to as “mini megas,” closed on $19.3 billion.

Weaker fundraising may have been driven by global uncertainty. Weak market conditions in China and other developing economies buffeted the stock market during the latter half of the third quarter.

The Dow Jones Industrial Average plummeted from a quarterly high of 18,120 in July to well south of 15,700 by mid-August, a correction that slammed equity portfolio valuations at many U.S. pensions. For example, the market value of theCalifornia Public Employees’ Retirement System’s public equity portfolio declined $17.45 billion between July 31 and September 29, according to pension documents.

“It seems like a lot of people are taking a step back to assess their portfolios, generally speaking,” said one placement agent. “I think what happened in 2007 and 2008 is coming back into their memory, where [people realize] these asset classes are more correlated than they should be.”

Firms returning to market continue to set larger targets, suggesting they are still bullish about their chances even if market volatility causes some investors to pull back. Shortly before the end of the quarter, Buyouts reported Thoma Bravo began pre-marketing a new flagship fund with a target of $5 billion to $7 billion. Should the firm hit on the higher end of the range, Thoma Bravo Fund XII would be almost double the size of Fund XI, which closed on $3.65 billion last year.

“I feel like a lot of these firms are creating the buzz and grabbing the capital while it’s available,” said one pension advisor, commenting on Thoma Bravo’s new fund.

The third quarter was not without its share of fundraising successes. Two of the largest funds to close this year wrapped up fundraising in Q3: The Carlyle Group’s Europe Partners IV fund closed on 3.75 billion euros ($4.2 billion) in July, while ArcLight Capital Partners hurdled over its $5 billion hard cap to close on $5.6 billion.

ArcLight’s final close contributed to the $8.8 billion raised by energy funds during the third quarter. Energy-related funds continue to be an area of interest for LPs, drawn by volatility and dislocation in the sector.

Separate accounts also continue to be of interest to LPs. The Los Angeles County Employees Retirement Association approved a $300 million separate account with Pathway Capital Management for investments in small and middle-market funds during the third quarter, and the New Jersey Division of Investment green-lit a $100 million comimtment to a co-investment separate account managed by Dyal Capital Partners.