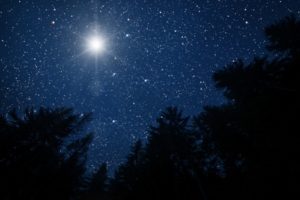 One of Genstar Capital‘s LPs pointed to outperformance by its previous two funds in large buyouts as one of the reasons why staff wanted to re-up to its latest vehicle.

LP base for Fund IX

Public pensions are an important part of Genstar’s LP base. It raised most of its last fund from public pensions like Nebraska, funds-of-funds and advisors or consultants, according to information presented to Teachers’ Retirement System of Louisiana last week.

Fund IX closed on $5.5 billion in February 2019, according to a press release. About $1.8 billion, or 33.6 percent, of that came from public pensions, the presentation said.

Funds-of-funds invested $887 million and advisors and consultants $783 million, accounting for 16.1 percent and 14.2 percent of the total fund, respectively.

In total, the fund had 134 LPs. Other LPs include insurance companies (9.1 percent), family offices and high net-worth individuals (8.9 percent) and asset managers (6.8 percent).

Genstar also raised an overage vehicle alongside Fund IX, which closed at $1.1 billion.

Fund X and beyond

A Genstar spokesman declined to comment on the LP make-up for the firm’s current offering, Genstar Capital Partners Fund X. That fund is targeting $8 billion, with a $2 billion overage vehicle, according to a memo prepared by Louisiana Teachers’ private equity consultant, Hamilton Lane. This was first reported last year by the Wall Street Journal.

Fund X will continue the firm’s focus on financial services, software, industrials and healthcare. It will target 12 to 16 investments in companies with enterprise values between $250 million and $1.5 billion, with equity investments ranging from $150 million to $750 million.

According to the Nebraska memo, Fund IX is charging a 1.75 percent management fee with a 20 percent carry past an 8 percent hurdle.

Recent funds have been split relatively evenly between its chosen sectors, though financial services and software have dominated Fund IX, taking up 31 percent and 33 percent of its investments, respectively, according to the Louisiana Teachers materials.

Genstar’s recent funds have all been strong performers, landing in the first quartile.

Nebraska also singled out managing director for human capital Katie Solomon for her talent management across the firm’s portfolios, citing her “systemic process to grade teams” and her leveraging of the firm’s network when hiring executives.