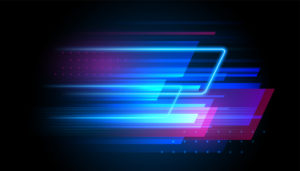 GI Partners raised the cap on its sixth fund, which is heading for a final close on around $3.8 billion this month, sources told Buyouts.

The firm is one of numerous established GPs able to raise more than target, and in some cases, raise their caps, in a fundraising market that is heavily focused on incumbents.

GI’s Fund VI, which has been fundraising since last year, had an original target of $3.25 billion. It was capped at $3.65 billion, but the firm got approval from limited partners to raise the cap, a source said.

Final close is expected this month, sources said. A spokesperson for GI Partners declined to comment. Park Hill Group is working as placement agent on the fundraising.

GI invests in sectors like data infrastructure, healthcare, software and services. The firm was formed in 2001 and is led by managing director and founder Rick Magnuson.

GI closed Fund V on $2.7 billion in 2017 and $2 billion for Fund IV in 2014. The firm also closed its debut digital infrastructure fund on $1.8 billion last year. Fund V was generating a 5.74 percent internal rate of return since inception as of March 31, 2020, according to information from California State Teachers’ Retirement System.

Other managers that have raised targets and/or caps recently include K1 Investment Management, which earlier this year exceeded its target and hard-cap for its fifth fund; and Peak Rock Capital, which raised its target to $1.8 billion after exceeding the original target.