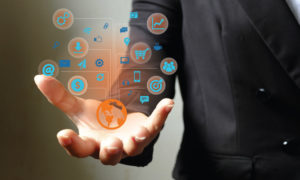 Goldman Sachs led a single-asset process run by GI Partners to move MRI Software out of an older fund and into a continuation pool, which gave the manager more time to grow the investment, sources told Buyouts.

MRI is one of numerous portfolio companies being worked through secondaries processes to extend hold periods, and attract additional capital, for future growth. Single-asset secondaries the likes of MRI, TPG’s Creative Artists Agency and DigiCert are helping drive secondaries volume in the recovering markets.

Total deal value was expected to come in around $400 million, sources said. That would put the process solidly in the mid-market, a niche where activity is rife but has even less transparency than the already opaque larger end of the secondaries spectrum.

GI Partners acquired MRI Software in 2015, through its fourth fund, which closed on $2 billion in 2014. Fund IV LPs had the option to cash out of their interests in the company, or reinvest in the company through the continuation fund. These special purpose vehicles often have reset management fees and potential for carried interest, though the terms of GI’s continuation fund were not clear.

Secondaries volume, which came in around $60 billion last year, is expected to recover its momentum this year as markets emerge from the pandemic. GP-led deals, like single-asset processes and direct secondaries represented about 43 percent of total volume last year, according to Campbell Lutyens’ full-year 2020 secondaries report.

Of that GP-led total, single-asset deals represented about 35 percent of volume, the report said. “Single asset secondaries experienced the strongest year-over-year growth of any GP-led transaction,” the report said.

Update: This report was updated to include more information about buyers and the status of the deal.