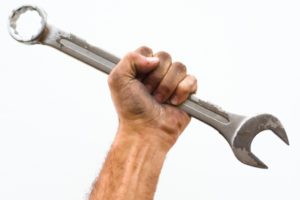 Private equity secondaries has morphed from a mechanism to save struggling managers into a tool to help a growing number of top-performing PE firms extract more value from their best-performing assets that still have upside potential by holding them longer, according to an analysis from PitchBook.

In 2012, GP-led secondaries like fund restructurings and tender offers made up 8 percent of total secondaries deal value. By 2018, the number was 32 percent, dipping slightly to 30 percent in 2019 but still a huge burst in the long term. This has come amid explosive overall growth in the global secondaries market, which grew from $25 billion in deal value in 2012 to $88 billion in 2019, according to Greenhill Cogent.

The change PitchBook stressed in a recent analyst note was not so much the growth in volume of secondaries deals, but what kind of managers were doing those deals and what their goals are.

“Four or five years ago, the average fund that was pursuing a GP-led secondary was a borderline zombie fund,” Fernyhough said. “It was fourth quartile in terms of performance, and it really was used just to re-align incentives when there were broken investments that the GPs still had in their funds.”

Now, the average is second quartile, with a subset from the top quartile “trying to hold onto their winners for an extended period of time and really capitalize on the additional upside that these companies might still have,” Fernyhough said.

This dynamic seems counterintuitive at first. Bain & Co.’s 2020 Global Private Equity Report noted that private equity median hold time periods has gone down overall. The PitchBook analysis, which focuses on the US, found that among the top decile, holding periods are tending to be longer – and managers increasingly want it that way.

“It’s a way that they can continue to charge management fees and collect even more carry by extending that hold time maybe three-to-five additional years,” Fernyhough said.

In 2018, Hellman & Friedman led a single-asset restructuring of its sixth fund’s holdings in Kronos, an HR software company. The San Francisco-based firm shifted the asset out of the fund and into a special purpose vehicle, as Buyouts reported. Two years later, the firm merged Kronos with Ultimate Software, another portfolio company, creating a new company valued at $22 billion, as Buyouts reported.

These deals can be advantageous for LPs, too – in fact, the PitchBook analysis says that a proliferation of investors with longer time horizons, such as family offices and sovereign wealth funds, are one of the factors contributing to the increased top-decile holding periods.

Fernyhough said these kinds of restructurings provide LPs “optionality.” These options include fully liquidating their stake, rolling their interests into new funds created to hold the assets and the ability to increase their stakes. Since these new funds often only involve one or two assets, it also gives LPs greater control over their investments.

“I think that is sort of a game-changer for LPs wanting to exert more control,” Fernyhough said. “It’s definitely one of the more favorable things.”

The special purpose vehicles will often include new carry and management fees, so it is important for LPs to make sure they fully understand what they are getting into – meaning there must be a high level of engagement between GPs and LPs.

Institutional Limited Partners Association says a 20-business-day turnaround on these deals is “sufficient time” to decide whether the special purpose vehicle will work for them. The PitchBook analysis says that for some understaffed LPs that timeline “may not allow enough time for an understaffed LP to go through 1,000-plus pages of deal-related documents to reach a well-researched conclusion.”

In general, though, Fernyhough said it is a good starting point, and that LPs are becoming more “comfortable and confident” in the process.

“It can be really difficult, but I think LPs are starting to view it in more of a positive light,” he said.

Correction: a previous version of this story mis-identified the firm that released the Global Private Equity Report 2020. It is Bain & Co., not Bain Capital. The story has been updated.