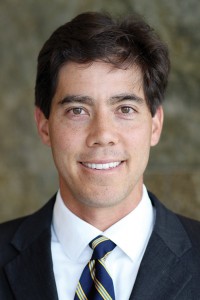 Total commitments in all funds: $5 bln

Genstar Capital isn’t planning any major change in deal size or investment strategy even though its newest $2 billion private equity fund raised more than twice its predecessor. With the new fund, it’s all about speed.

Genstar is lining up add-ons for more rapid growth more quickly than it has in the past. The firm’s beefed up strategic advisory board, which has doubled to more than 20 people in the last few years, has helped it on this front by providing industry expertise to identify targets.

The needed velocity reflects increased competition for deals and higher acquisition prices, which demand value creation as soon as possible.

“The common thread nowadays is that every platform is executing multiple add-ons right out of the box,” said Genstar Chairman Jean-Pierre “JP” Conte in a phone interview. “It’s like a big chess game, and we’re putting the pieces together sooner.”

Average check sizes will remain about $100 million to $200 million, when factoring in co-investment money. The firm plans to stick to its four core industry sectors, grow its own talent in-house, and focus on “yards after the catch,” getting the most out of platforms after a buyout, Conte said.

The San Francisco-based private equity firm on Sept 28 teamed up withAquiline Capital Partners to buy Ascensus Inc, a provider of retirement and college savings plans, from J.C. Flowers & Co, for a reported $850 million, as a fresh platform deal. It’s also nearing a second platform acquisition and respective add-ons. The Ascensus acquisition and the pending platform deal mark its first moves to tap capital from Genstar Capital Partners VII, which officially closed in August at its hard cap of $2 billion. The firm drew in about $913 million for Genstar Capital Partners VI in 2011.

Ryan Clark, managing director promoted to president this summer, said the firm is nearing acquisitions of a financial services company in the asset management space and a pharmaceutical services company. He declined to name the companies. In the case of the pharmaceutical company, Genstar is already in talks with add-on acquisition targets, he said.

“It’s about finding opportunities and having a thesis,” Clark said. “We approach things with an eye on what we can do with the business right afterward.”

Clark and Conte praised Genstar Managing Director Eli Weiss for combiningiSqFt, the firm’s software-as-a-service company for the commercial construction industry, with three “transformational” add-on deals of top players in the space in less than a year.

While it may pay 10x EBITDA or more for a company, Genstar may pay less for add-ons. When everything gets combined with synergies and new growth, the purchase-price multiples often drop and the total value increases, Clark and Conte said.

Challenged by the years immediately after the global financial crisis, Genstar had fewer exits to tout during its fundraising effort for Fund VI in 2011, Clark and Conte said. The firm fell short of the $1.6 billion it raised for its vintage 2007 Fund V, although the final tally for Fund VI was later increased by roughly $400 million of co-investments.

With Fund VII, the firm had some strong deals under its belt that helped draw in LPs, including new investors, who make up about 37 percent of the LP base. The firm’s principals and advisory board members also invested about $100 million in the fund.

Looking ahead, Genstar will continue working on its 19 platforms, including its rapidly growing Acrisure retail insurance brokerage business in the Midwest. It plans to recruit one or two post-MBAs a year to cultivate new talent.

A move by the firm to more evenly spread ownership in Genstar among its senior management will help the long-term health of the firm, Clark and Conte said. They hope to preserve Genstar’s entrepreneurial culture, which is what attracted them to the firm.

“I love encouraging people to take the risk of making a deal, being a part of it and making an investment alongside it,” Conte said. “When you celebrate its success, it’s not about the money, but how it affects people and companies in a positive way. It’s a rewarding part of the job.”