It’s been such a strong year for fundraising, it’s hard to believe that 2019 has proven to be a much slower year on the M&A front.

Firms have raised more money than last year, with fundraising keeping up despite uncertainties in the markets and in the world. But where is that capital going?

The answer seems to be, nowhere fast.

Our understanding from talking to numerous sources in the market, both bankers and GPs, is that firms are being a lot more careful these days in choosing their assets. Valuations remain high, and execution on such deals has to be perfect to pull off these investments.

Why are GPs being more cautious? High pricing has something to do with it, though of course high pricing is not really a new thing in the market. These days, GPs, like most other people, also have an eye toward macro trends. They know the presidential election is coming up next year in what could be a viciously tumultuous campaign.

Markets also have been rattled by President Trump’s trade wars with China, which, despite ongoing negotiations, don’t appear to be easing up. And don’t forget about political strife in other parts of the world, as in Britain’s battle over exiting the European Union and India’s seemingly unstoppable descent into economic recession.

So dealmakers are taking their time, being more cautious perhaps than they were a few years ago. Limited partners, on the other hand, are going all-in for private equity, which is keeping the fundraising cycle very strong.

So far this year, U.S.-based buyout and mezzanine funds have raised more than $245 billion, compared with $135.8 billion in the first three quarters of 2018, according to our fundraising feature in this issue.

The third quarter was actually sluggish compared with earlier in the year, but still eclipsed last year’s Q3 tally.

Fundraising seems to have arrived at the perfect nexus between LPs wanting to park their money in private equity to continue soaking up market-beating returns, and GPs wanting to come back as soon as possible with new funds before the markets turn and fundraising dries up.

PE ultimately will have a lot of money to spend, and if the markets turn next year, potentially an unlimited supply of perhaps cheaper assets from which to choose. That’s a good position to be in, especially after years of paying up for good companies. 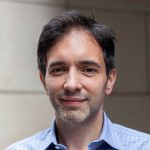