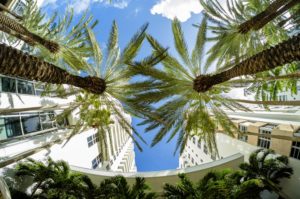 HIG Capital is already one-third of the way to raising a second strategic partners offering it officially launched a few weeks ago.

The Miami private equity firm in late December filed a Form D fundraising document for HIG Strategic Partners Fund II, a separate account pool. It is targeting $1.5 billion, slightly above the amount collected by its predecessor in 2018.

This is TMRS’ second strategic partnership with HIG. The pension system began the relationship three years ago by committing $300 million to Fund I and its co-investment sidecar.

HIG created the strategic partners option to give select limited partners the opportunity to invest in forthcoming offerings. The arrangement allows for lock-ins of allocations to funds of different strategies and vintages that come to market over several years. Sidecars enable co-investments alongside the funds.

The new commitment by TMRS will facilitate investing in 12 or more funds – reflecting everything from buyout and growth equity strategies to credit, infrastructure and real estate – over the next four years. It is budgeting $150 million for pacing models for each year over 2021-2024.

Separate accounts, a concept developed in the early 2000s, are exceptionally popular with LPs, including large institutions with meager in-house resources. They offer a number of advantages, including reduced expenses and fees, more transparency and exposure to diverse opportunities that might not otherwise be accessible.

Separate accounts also lend flexibility to the allocation process. Through them, LPs are able to adjust investing between asset classes and strategies within the same program according to changes in market cycles.

HIG was founded in 1993 by co-CEOs Sami Mnaymneh and Tony Tamer. Through its North American buyout strategy, the firm undertakes acquisitions, carve-outs, recaps and restructurings involving lower mid-market companies, typically with revenue of $25 million to $500 million, in a range of industries.

HIG did not respond to a request for comment on this story.