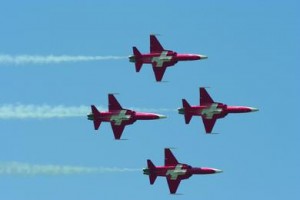 The acquisition has been carried out by Mubadala Development (Abu Dhabi), Dubai Aerospace Enterprise and Istithmar (both Dubai).

The management team of SR Technics, which provides overhaul and repair services for aircraft, components and engines (MRO), will work alongside its new owners towards expanding its operations in Asia and the Middle East.

3i took a 56% in November 2002, through its Eurofund III vehicle, alongside Star Capital, which took a 20% stake in a £425m MBO from the administrators of SAirGroup (Swissair).

Since then, 3i has backed SR Technics’ growth and acquisition strategy, including the purchase of FLS Aerospace in 2004 which made the world’s largest, independent total solutions provider of technical aircraft, component and engine services The UK private equity firm also installed Frank Turner, an aviation industry veteran with over 40 years’ experience, as chairman of the business. Global clients include leading airlines such as Swiss, Easyjet, Cathay Pacific, Austrian Airlines and Thai Airlines. The company employs approximately 5,000 staff today.

Dr Stephan Kruemmer, CEO of 3i Germany and President of the Supervisory Board of 3i Schweiz, said: “The transformation of SR Technics since 2002 has built the basis for the internationalisation and profitable growth of the group. The company has seen growth rates more than double the sector growth rate since we first invested. Its impressive expansion and growth in international customer base would not have been possible without an outstanding management team.”

The sale of SR Technics takes 3i’s portfolio of companies operating in the aerospace and defence sector down to two. It has owned a 64% stake in Reading based Airinmar since 1999 and has had an interest in the French business Sira since 1998. In February it realised another 1998 investment when it sold Leafield, a defence company, in a £5m deal.