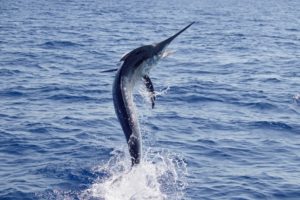 Marlin Equity Partners is running a process to extend its hold on software specialist Medius that, after resetting the valuation of the company amid the market downturn, appears headed for the finish line, sources told Buyouts.

The deal is moving through a market environment that has made it more challenging for GP-led secondaries deals to close. Pricing discrepancies and the inability to syndicate out larger deals to co-investors are some of the challenges that confront GPs looking to extend holds over certain portfolio companies.

Still, some deals are getting done, even if that means re-negotiating valuations that may have been set months ago when the market was stronger.

That was the case for Medius, which Marlin acquired in 2017. The company provides cloud-based accounts-payable automation software for businesses to automate their invoice management process.

The firm sold a minority stake in the company to Advent International in March, which set a valuation for the company that was used in the secondaries process. That valuation was negotiated down for the deal as the market deteriorated in the second quarter. The total deal could fall in the $500 million range, sources said.

ICG Strategic Equity is sole and lead investor on Marlin Equity’s process for Medius, sources said. It’s not clear in what fund or funds Marlin holds Medius. A Marlin spokesperson did not respond to a comment request Wednesday.

LPs recently approved the overall deal, sources said. They are now choosing whether to sell or reinvest in the company through the continuation fund, known as the election period, the sources said.

Single-asset deals remain a popular way for GPs to deliver liquidity back to LPs in older funds without having to fully exit an investment. Campbell Lutyens, in its first-half secondaries volume report, found single-asset deals as a share of overall GP-led deals increased to 51 percent from 40 percent during the same period last year.

GP-led secondaries, a category that has helped drive market volume over the past few years, has retreated slightly amid a resurgence in LP portfolio sales.

GP-led secondaries deals represented about 36 percent of the $53 billion in total deal activity in the first half, according to Campbell Lutyens. The firm’s report differs from two others recently published by Evercore and Lazard showing GP-led deals still representing a slight majority of overall deal activity.

While deal flow is expected to remain strong through the second half as LPs and GPs seek liquidity, LPs have become more frequent sellers into GP-led transactions, according to Lazard and Evercore.

Around 77 percent of LP respondents to Evercore’s first-half volume survey said they sold, rather than rolled their interests into a continuation fund, up from 64 percent last year.