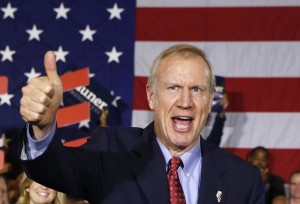 ISBI launched the review after press reports highlighted several possible violations of the state’s pay-to-play code. The reports centered around the campaign of former GTCR executive Bruce Rauner, who was elected governor of Illinois in November. Private equity and venture capital executives donated $2.25 million to Rauner’s campaign as of Sept. 19, according to analysis of state election data by Buyouts.

That total included at least two contributions from private equity executives with active funds in ISBI’s portfolio, which raised questions about a conflict of interest between managers that donated to Rauner’s campaign and the board, which is comprised of elected officials and governor appointees.

ISBI found that the pay-to-play policy did not cover the private equity firms whose executives contributed to Rauner’s campaign because of the nature ISBI’s partnership agreements with those managers. Rather than hiring firms as contractors to manage money, ISBI takes an ownership stake in the investment fund managed by the firm.

The distinction between a contractor that manages money on behalf of ISBI and a GP that sells stakes of its private fund to ISBI excluded private equity managers from the retirement system’s pay-to-play policy, Atwood said.

“With private equity, we are not hiring a firm, we’re purchasing partnership units,” Atwood said. “It’s not a violation of our policy.”

ISBI’s staff is in the final stages of preparing a report that it will present to the Board of Investment at its Dec. 5 meeting. The review included an assessment of possible infractions publicized by the press and an analysis of State Board of Elections records. Staff also sent letters to investment managers to advise them of ISBI’s policy on disclosures of any possible conflict of interest.